Since a few years, I am receiving emails from students inquiring for the possibility of doing Ph.D studies with me. The letter is usually of this type :

Hope my email finds you well.My name is Donald Duck and I would like to hereby ask about the possibility of working under your supervision as a PhD student. I have received my MSc degree in Chemical and Environmental Engineering  [.. .]

"I possess 5 years of work experience as a researcher, instructor and Environmental Consultant and have a related research background which led me to present 18 conference papers, 2 published papers and 3 submitted papers which are detailed in my CV.”
They continues,

"I was reading about your recent works on the website and due to the alignment of my research interests with your expertise in Environmental Engineering and the academic position of your university, I believe the valuable experience that I would have under your supervision will provide me with the ground to achieve my academic goals.
I am deeply interested to begin a PhD program at your university  [...]
I have linked below my CV and a statement of my research interests which will provide some vivid representation of the type of academic and research quality you should expect to receive from me and I would be delighted to discuss further if you are interested. I really appreciate your time and consideration in advance." 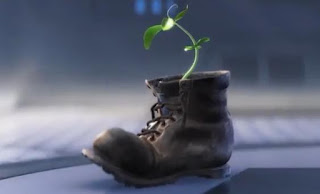 Having received many of this type of letters, I have prepared an answer, which I hope is useful to clarify some points.

Dear Mr. Duck, I do research in Hydrology and you can be enrolled to our doctoral school by participating to a call, usually in the first months of every year. The Applicants are examined by a committee that tries to  choose the bests.
For producing an endorsement for a candidate I do not personally know,  and forwarding it to the selecting committee,  I require the student to study the material of the last Winter School on GEOframe (or apply to the School, for free specifying that they wants to try to be enroll as a doctoral student. I can wave their school fees, but I cannot pay their travel and lodging expenses though).

If the applicant agrees,  I will dedicate some of my time helping them  in the installations of  our software and eventually perform some case study. This application can be in the field of catchments hydrology (on the example of Dr. Abera papers cited below) or applications using the tools more explicitly developed to work on the Critical Zone (Richards equations coupled to the energy budget and evapotranspiration) on which I can give material and direction.
After the completion of the above task, I will be able to weigh their skills, to know how they can work in  my group and to consider them as interesting candidates for a Ph.D. with us (this does not mean they is not an interesting and skilled candidate for other groups or colleagues).
The enrollment though is not guaranteed, since the selection is  a public competition and many apply. However, my endorsement can help. Besides, it can be used also elsewhere, since it will be provided with a certification of having completed the GEOframe studies, and the candidate certainly did not waste their time having learned something useful for their hydrological career.
I cover various topics in hydrology, and, all of them are explained in my blog AboutHydrology. Therefore, the astute candidate has to consider to browse what I do. Besides advancing theoretical parts of Hydrology, usually a Ph.D. student in my group is intended to produce working and tested codes (i.e. doing programming). All the code developed will be regularly uploaded to Github (or similar platform), inside the GEOframe community space, and will be Open Source according to the GPL v3 license. I am not usually interested in  doing research with SWAT, HEC_HMS or other hydrological models, different from those I develop.

Further information of the policies of the research group can be found:

P.S. About coding - The candidate will take care of implementing, besides the code, the appropriate procedures for continuous integration of the evolving source code, and s/he will be also asked to maintain a regular rate of commits to the common open platform. Despite these conditions, and being free and open source, the code will be intellectual property by the coder.
This will be guaranteed also by the components-based infrastructure offered by OMS3, which allows to better define the contributions of anyone.The implementation part will be followed, accompanied by testing activities, either for mathematical consistency, than for physical consistency with experiments and field measurements.The Ph.D. student is intended to produce, besides working and tested codes, also at least three papers in major journals (VQR Class A), of which, at least one as first Author. Duration of the doctoral studies is three years.

Posted by About Hydrology at 4:55 PM