A simple and trivial consideration about rainfall return period in relation with a spatial analysis, and discharges

Statistics at station, i.e. evaluated at ground measurements stations do not reflect the statistics of the areal event. This is obvious. However, even today, I read a report where the guys:

In between there are a lot of technicalities, often useless. The point is, which is clear to the most, I hope, that, when moving from point 1 to point 2, one assumes that all the measured events are isochronous, which is not (otherwise we could not have let say 200 hundred return period events each year ia a space-wide area).  The above operation actually correspond to consider a precipitation with a higher return period than established (usually following some design criterion) and therefore maximise excessively the discharges. 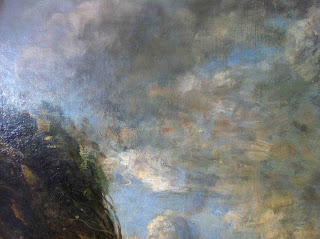 What one should do is instead:
The validity of each component of the modelling chain should have been tested against available data (of the basin) independently.  Traditionally engineers do not like to simulate events at continuos time, and prefer to model events. This latter approach, however, has several drawbacks, and especially:
Engineers usually also neglect the role of snow in producing discharges. This cannot be neglect, except than in particular climatic conditions. Using continuos time simulations also implies the use of some parameterisation of evapotranspiration (and therefore requires a model like JGrass-NewAGE).

^1 - Remarkably using a weather generator can also allows the inclusion of foreseen trends (either in precipitation characteristics, as depth, interstorm inter-arrival time, or evapotranspiration or radiation).

^2 -  Usually these models are site depedent. Therefore, waiting for a spatial stochastic weather generator, one should run several copies of the weather generator, each one for each sites where there can be information to drive it, and subsequently, using the spatial data, spatially interpolate at each time-step the desired quantity.
Posted by About Hydrology at 11:42 AM No comments:

Posted by About Hydrology at 1:08 PM No comments:

This report's results present good and robust European overviews of the data reported by the first RBMPs, and of the ecological status and pressures affecting Europe's waters. Europe's waters are affected by several pressures, including water pollution, water scarcity and floods. Major modifications to water bodies also affect morphology and water flow. To maintain and improve the essential functions of our water ecosystems, we need to manage them well.

The report was produced by the European Environment Agency and can be downloaded following the link.
Posted by About Hydrology at 12:57 PM No comments: 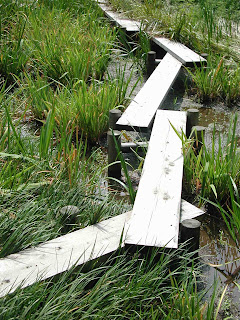 Posted by About Hydrology at 10:59 AM No comments: