One year position (hopefully extensible to two or three years) for working on the Po Project is open until January 31st.

One year position (hopefully extensible to two or three years)  for working on the Po Project is open at the University of Trento, Department of Civil, Environmental and Mechanical Engineering. Information about the project can be found at: 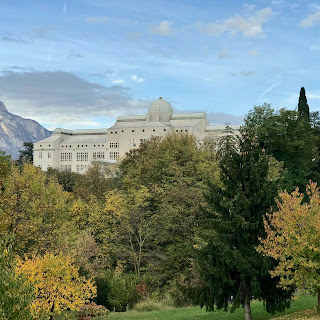 http://abouthydrology.blogspot.com/2022/10/the-po-project.html
We search  for a skilled candidate able to boost the work on the project and eventually start  new researchers among the various challenging research lines which were better defined in the so called DARTH4MED project:
http://abouthydrology.blogspot.com/2021/12/darth4med-digital-earth-twin-of.html
PI of the Project are Riccardo Rigon (riccardo.rigon@unitn.it) and Giuseppe Formetta (giuseppe.formetta@unitn.it). Please do not hesitate to ask for information and clarifications and note that we encourage to apply also to students who do not have yet discussed their Ph.D. Thesis.
The call details are at:
https://www.unitn.it/en/ateneo/bando/76801/department-dicam-call-for-the-selections-for-the-awarding-of-no-1-research-fellowship-decree-no-4072
The net salary is around 1700 Euro/Months. Other submitted projects, including the already mentioned DARTH4MED are synergic to the this project and they could provide further financial support for the next years. An ideal reference for the framework used in the project is the paper on Digital eARth Twins of Hydrology (DARTHs) recently published on HESS
https://hess.copernicus.org/articles/26/4773/2022/hess-26-4773-2022-discussion.html
To the potential applicants:
Please observe that the use of our system GEOframe is mandatory for that project. After January 31 we will be evaluating the submission. For incoming possible postdoc, I wrote this
Please observe that you are a little late but you can browse our Winter School on GEOframe to understand what we require.
Posted by About Hydrology at 12:04 PM No comments:

We were recently to  produce a commentary on a review paper by Benettin et al. 2022. The preprint of the paper is here below clicking on the Figure. 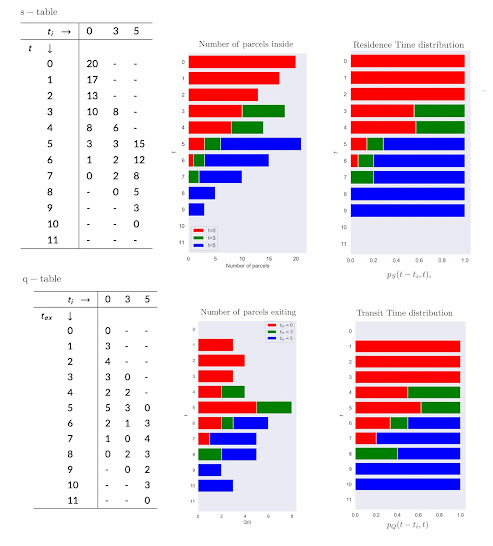 The understating of the dynamics of tracers and water transit times at catchment scale has increasingly grown in the last decades, becoming a consolidated approach in the field of hydrological and ecohydrological research. Recently, a benchmark contribution has been given in the work by Benettin et al., 2022, which reviews the state of art on the topic, also addressing present and future challenge, pointing out some open questions in transit time research. This commentary tries to contextualize the above article, highlighting the most focal points and relating it to a broader context in the field. A brief overview on the main concepts of backward transit times, StorAge selection functions and forward transit time distributions is given in a logical-historical order, giving to the reader the primary instruments for a later comprehensive understating of the Transit Time Theory. Eventually, a numerical example helps to clarify the above concepts in a very simple and effective way.

Posted by About Hydrology at 12:00 PM No comments:

It happens to me, but I suppose the same happens to most of my colleagues to receive many CV, especially from excellent guys developing countries. Some of them are remarkable but they usually do not  meet my requirements. What is the problem ? They are clearly very motivated and smart persons. However there is a constant in their backgrounds. They were trained in using models like HEC-RAS-HMS or SWAT or even MODFLOW and they wrote papers about case studies (regional studies they call them now).  This is not bad at all obviously and that “standard knowledge” should be part of any robust professional. There are other two variations the CVs: the use of machine learning techniques (under standard frameworks) to infer something or the use of Earth observation "products" to extract something of information (often without ground check). Sometimes their work is valuable and again, how can we say that they should not be part of the professional CV ? 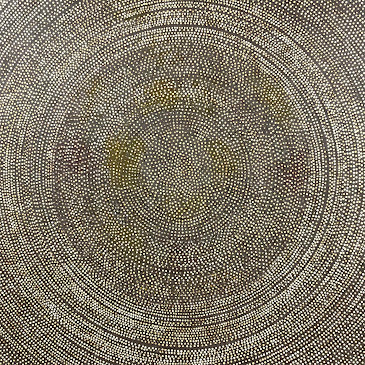 However all of this has just a little to do with the research gold medal which stand in investigating processes, learning from them, disentangling their feedbacks, implementing new tools. Their trying to do something new remains within the very limited scope which is allowed by something built by others and not open to modifications and evolutions.  That's what I would like to see instead: these solid bases but also a little spark that try to go out for this standard comfort zone.

For my critics, it is true that I push my activities  to the extreme, to the point that all discusses, not only processes, but also tools, the way to build them, the way to share them with others. It is true that, it can be seen as an act of high presumption, which prepares, for normal people like me, to a destiny of failures, low productivity and frustration, far away out of the highways of the industrial success of some paradigms.  Then if you do not have to imitate me to the limit, at least take the good of my perspective and do not stay still in a cycle which all renews for nothing change.

Posted by About Hydrology at 5:29 PM 2 comments:

There are at least two distributions that describes the hydrologic response, the backward travel (transit)  time distribution and the hydrologic response (e.g. Rigon et al., 2016b). The first accounts for the water age, the second is used to forecast the discharge or to summarize the history water follows along its path, i.e Rigon et al. 2016a. The second, projected into the future, is the statistics of life expectation of water parcels inside the control volume,  Rigon and Bancheri, 2021a,b. 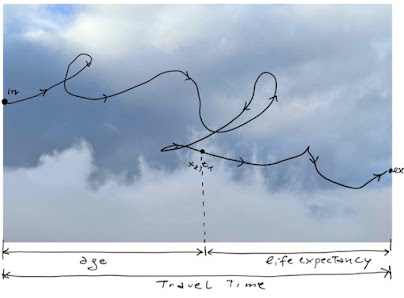 Therefore if the $IUH$ is affected by celerities, also the $p_Q$ must be, unless precipitation and discharge are nor mysteriously related in a way to cancel its effect on the right side of the identity. It is much easy to understand that  the effect of celerities is inscribed in the time variability of both the distributions, $IUH$ and $Q$

Rigon, Riccardo, and Marialaura Bancheri. 2021b. Supplemental material of “On the Relations between the Hydrological Dynamical Systems of Water Budget, Travel Time, Response Time and Tracer Concentrations.” Hydrological Processes 35 (1). https://doi.org/10.1002/hyp.14007.

Posted by About Hydrology at 6:56 PM No comments:

My 3 minute tribute to Ignacio at his Memorial, College Station (TX), November 28th, 2022.
"Wish I were there. Ignacio made you my family and my research family. I would say, I feel at home and this is another great gift from him. Though being away has an advantage, I can still think that Ignacio is there, and I feel that he really is.
Difficult to say … so many thoughts accumulate emotionally in these days.
Like the thousands convective cells that clogged the sky in 1995 after the Mass at saint Thomas Aquino's church in College Station, those 510 mm  that made that rainfall historical. And our wives , Mercedes and Giovanna, making fun of our bold statement that a convective cell perdures twenty minutes.
Like our walks around the Wisenbaker building at the Texas A&M discussing not necessarily of hydrology but of life events, of meetings and the essence of good ideas.
Optimality. Optimality was not only a science target but a way of life turning positive what could have been negative. River networks shape and form could not be casual. And the randomness was a necessity for the free will but also for getting river shapes that were not that trivial.
Chance and necessity. Chance made me to meet Ignacio, even if he met us before, having been the anonymous reviewers of one  of our most cited papers. My first one that turned my career into what I am now academically.
Oh, how much we laughed together, making fun of situations, Ignacio imitating and joking irresistibly. Oh, how was great that Sunday at your swimming pool, someone of us singing Italian operas pieces and you flooding us with anecdotes. I think Juan Valdes also remind it (and yes, Luis, you put a little too much lighter on the BBQ).
What is the gold medal ? Following the gold of science we have found also the gold of life.
So, hydrology is not just inanimate but an entanglement of processes which obey fundamental laws of thermodynamics and it is a dynamical interactions among creation of opportunities by energy and their consummations. That is not “what is life?” but has many aspects of life and is mixed with plants growth. Soil creation, sediment cycle, water cycle, carbon cycle. Linked.
In front of this picture that I due to you, I excavated my nest and my niche in the next thirty years and I gave, maybe, some contribution.
And the great enthusiasm of just three months ago. If vegetation covers the landscape, does it co-evolve optimally with it ?  Is optimality of the networks also reflected in optimality of vegetation use of resources ? How are these optimalities tied ?
Now you know all of it Ignacio. Our travel time has still to be understood instead. Ignacio, I was gifted to meet you, we all have been gifted. "
Posted by About Hydrology at 6:14 PM No comments:

This is a placeholder - Work in progress

Posted by About Hydrology at 11:41 AM No comments:

Because I am usually bored of repeating things, I tried here to renovate the poster experience. The poster itself can be done much more attractively, I guess. However, I added several QR codes that send the reader to videos which comment any part of it.  These videos, in turn are part of a presentation that is also included below.  The poster is intended to illustrate the content of research work and implementation that is currently in a pre-print form, submitted to the Environmental Modelling and Software journal (available at the previous link). 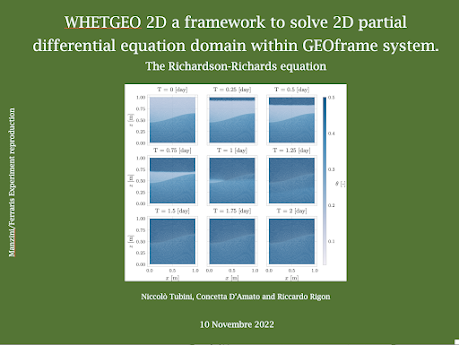 The good of the poster experience is that if you resolve the QR codes with a mobile you have right away the video explanations.
Posted by About Hydrology at 9:23 PM No comments: