Last Tuesday a workshop was held in Graz, organized by the PLANALP working group of the Alpine Convention to talk about the Flood Management Plans around the Alpine Areas (in agreemeent with the 2007/60 EC Directive, a.k.a. the Flood Directive). I represented the Italian position, by speaking of the experience of some regions, and this is what is contained in the presentation here. My synthesis is the following: i) management plans needs a infrastructures that make them work, which means appropriate investments in personnel, information to the public, and in risk analysis; ii) models can help (actually I think they are necessary) for any real-time operation; iii) The whole machinery needs years to be put properly in place; iv) the science behind risk analysis is imperfect and needs to be continued supported and improved. 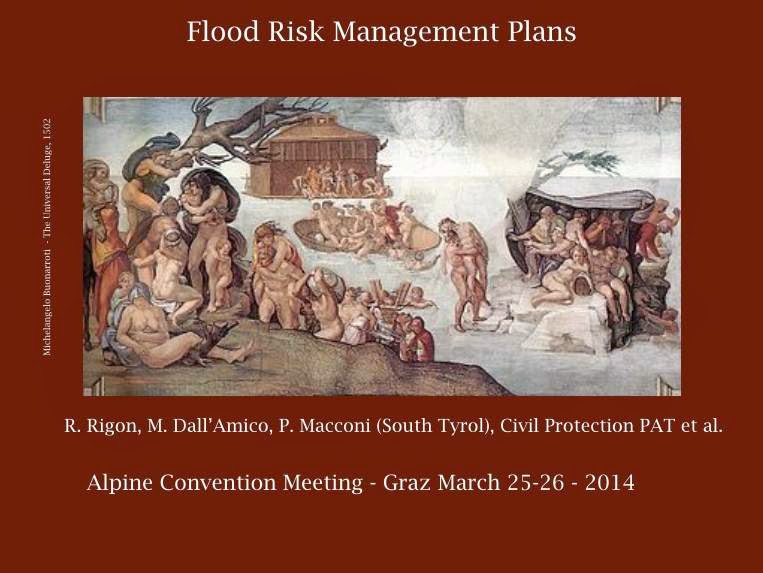 Some EU projects had this management at their cores, as Kulturisk. Other countries position will be presented soon.
Posted by About Hydrology at 9:06 PM No comments:

The 22th of March is the World water day.  As president of the water platform of the Alpine Convention I realeased a short statement (in my bad English indeed). However, I did it, and you can atch the result on Youtube
At least you can finally see me and the building of my department.
Posted by About Hydrology at 4:55 PM No comments:

These are the slides for the lecture I gave to Michael Dumbser' class on Environmental Modelling. I tried to show the non linear diffusion equations that can be found in analysing the water and energy budget of the soil-snow (with freezing soil) continuum. In practice I used the material from my class in hydrology (the whole stuff here) and other material from GEOtop's talks, and the presentation is, at the moment, in Italian and English. 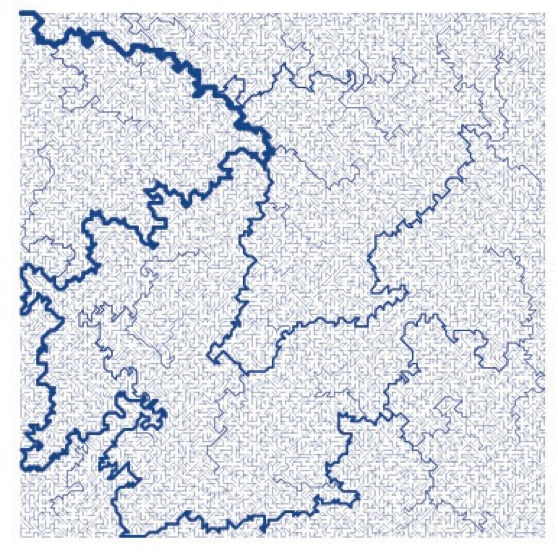 Incidentally two of these equations present  discontinuities due to phase transitions and the three of them require special numerical methods to be integrated. Here I suggest that a good method could be the Nested Newton one, introduced recently by Casulli and Zanolli (for integrating Richards), and before by  Brugnano and Casulli (for integrating Boussinesq equation).
Below you can find also the audio (in Italian) of the lecture: Richards equation (21.9 Mb); Frozen Soil (18.4 Mb); Snow (7.1 Mb). I gave longer presentations on Richards equation, in Todini Symposium (here), and at the summer School on Landslide Modelling in Praia a Mare (here).
An update. A new treatment of part of this matter is given by Niccolo Tubini in his Master Thesis. The slides he used in the 2017 lecture are here.

Endrizzi S., Gruber S., Dall’Amico M., Rigon R., GEOtop 2.0.: Simulating the combined energy and water balance at and below the land surface accounting for soil freezing, snow cover and terrain effects, Geosci. Model Dev., 2015
Posted by About Hydrology at 11:57 AM No comments:

Setting up Eclipse for working with Object Modelling System v3

At the last school on  Object Modelling System, dr.  Gabriella (Gaby) Turek found a setup for running OMS inside Eclipse IDE (OMS developers use Netbeans). Recently Gaby improved the configuration she found in Trento. Here tehy are, her suggestions : 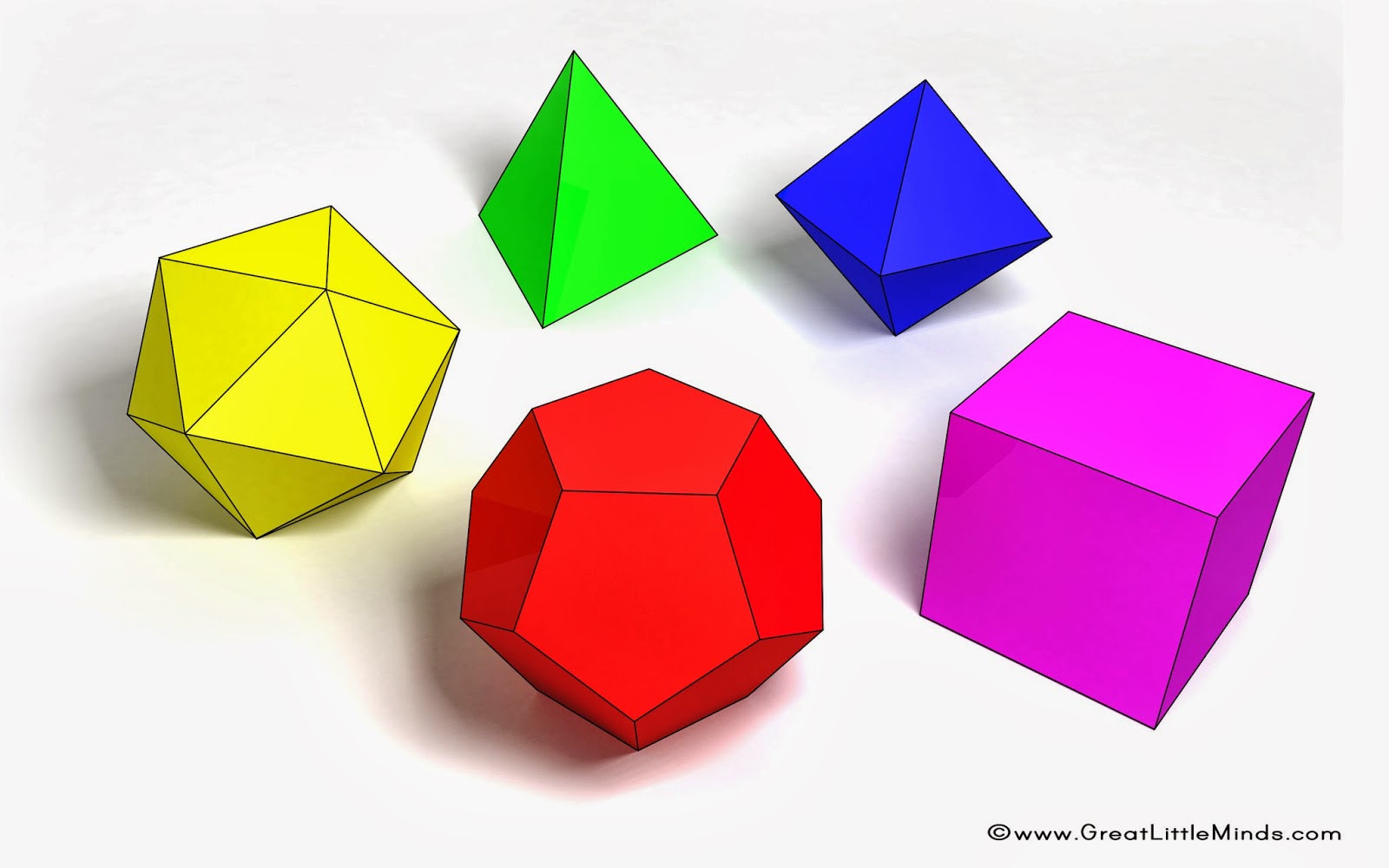 
I should explore what advantage comes with in step 2) selecting Java Project and proceeding the same way. You get the eclipse java builder….. not sure at this point if it buys you anything. As I mentioned I have not figured out how to set up debugging. But then I couldn’t make work too well in Netbeans either. Perhaps it requires a complete paradigm shift away from netbeans in terms of project setup. "
Posted by About Hydrology at 10:21 AM No comments:

In this early 2014 CUASHI sponsored three cyberseminars on snow modelling.  Here they are below.

Title: Assessing Snow and Snowmelt Runoff in Remote Mountain Ranges
Abstract:
Our objective is to estimate seasonal snow volumes, relative to historical trends and extremes, in snow-dominated mountains that have austere infrastructure, sparse gauging, challenges of accessibility, and emerging or enduring insecurity related to water resources. The world's mountains accumulate substantial snow and, in some areas, produce the bulk of the runoff. In ranges like Afghanistan's Hindu Kush, availability of water resources affects US policy, military and humanitarian operations, and national security. The rugged terrain makes surface measurements difficult and also affects the analysis of remotely sensed data. To judge feasibility, we consider two regions, a validation case and a case representing inaccessible mountains. For the validation case, we use the Sierra Nevada of California, a mountain range of extensive historical study, emerging scientific innovation, and conflicting priorities in managing water for agriculture, urban areas, hydropower, recreation, habitat, and flood control. For the austere regional focus, we use the Hindu Kush, where some of the most persistent drought in the world causes food insecurity and combines with political instability, and occasional flooding. Our approach uses a mix of satellite data and spare modeling to present information essential for planning and decision making, ranging from optimization of proposed infrastructure projects to assessment of water resources stored as snow for seasonal forecasts. We combine optical imagery (MODIS on Terra/Aqua), passive microwave data (SSM/I and AMSR-E), retrospective reconstruction with energy balance calculations, and a snowmelt model to establish the retrospective context. With the passive microwave data we bracket the historical range in snow cover volume.

Title: Microwaves and snow grains: Monitoring the changing mountain snowpack
Abstract:  Snow is a vital water resource for over a sixth of the world's population. There are concerns about the impact of changing timing of snowmelt runoff in a warming climate. Microwave radiation has been measured from space and exploited to estimate snow water equivalent (SWE) for decades. Current algorithms struggle to successfully estimate SWE in mountainous areas. Use of microwave data for snowpack characterization for hydrologic studies has been stymied by the complex role of snow microstructure and layering on snow microwave emission, the large spatial scale of the passive microwave (PM) measurements compared with dominant montane landscape spatial scales, and vegetation attenuation of PM measurements.  Here, we summarize recent advances in these three areas, and assess the prospect of large-scale SWE estimation in mountainous areas.

Presentation and video are here. 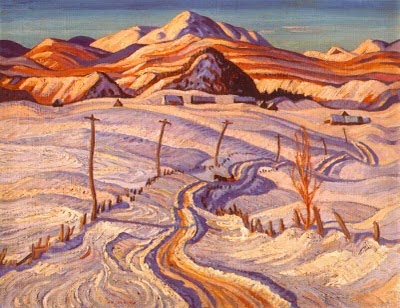 Annual SCE over NH lands has averaged lower since the late 1980s than earlier in the satellite era that began in the late 1960s.  This is most evident from late winter through spring, and in the past decade has been exceedingly pronounced at high latitudes in May and June. The most recent four Mays have had four of the five lowest NH SCEs on record, with Eurasian (Eur) SCE at a record low in 2013. North American (NA) SCE achieved a record minimum in May 2010, but of late has not been as consistently low as over Eur. The past six Junes have seen record minimum SCEs over the NH and Eur, with five of these six Junes the lowest over NA.  The recent early timing of arctic snowmelt appears to be occurring at an equivalent if not greater pace than the loss of summer Arctic sea ice extent.

While when projecting snow melt discharge it is much preferable to know the water equivalent of a snowpack (SWE) rather than its extent, the response of streamflow to seasonal SCE changes has been found to be significant within large basins in Siberia and the North American arctic.  Along with an overview of continental SCE kinematic, this hydrological relationship will be examined in this presentation, along with results looking at satellite microwave derived SWE and discharge, which also show promising results on a large scale.

Posted by About Hydrology at 1:34 PM No comments: