Daily, Hourly: Instantaneous or averaged ? Answering a question on how to consider the outputs of lumped models

I would like to thank you for your help regarding my last question.

I have another problem that I would like to share with you and your followers, if you consider the question interesting and relevant, of course.

A -  Your last questions had a lot of readers. So I assume you share issues with many others. 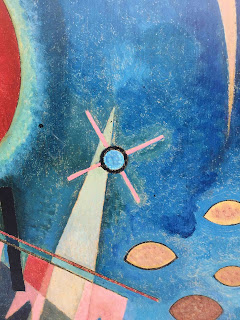 The question is related to the meaning of the results of lumped models like HBV or HYMOD. These models are usually run with an hourly or daily time-step, therefore hourly or daily evapotranspiration and precipitations are introduced in the models.

Q - The hydrological algorithm usually calculates the next time-step tank states and the discharges through an Euler explicit algorithm. Once the precipitation, ETP and the internal states are known at the time t0, the model calculates the discharge and the tank states in the next time step t0 + Dt. It is my understanding that these values are point values and not mean values in the interval between t0 and t0 + Dt, even if the input has been averaged.

A - This is also my understanding. However …

Q - Contrary to my understanding, in most of the applications of these models the results are compared directly with mean values over the interval between t0 and t0 + Dt which, in my opinion, only makes sense if the analysed hydrological regimes are slow, i.e. the change rate in a station is great because the watershed area is great too, or if the analysis focuses on water budget, in which case the peaks are not the most relevant key point.

A - effectively, I think that it depends also on how you calibrated the model. If you calibrated it using average quantities, it is reasonable to assume that the answers the model does are average quantities. Those model are conceptual (especially in the determination of separation of flows between subsurface and surface) and, it is in general questionable what they actually do. So I would stick with:

- consistency with the nature (daily instantaneous, daily averaged, hourly instantaneous or averaged) of data used for calibration of the parameters
- a-posteriori verification in of the results in a control period on the same type of data.

To be more clear, having data, I would split them  into two sets, and I would use one of them for calibration and the second for validation.  Validation has to be performed to give an estimate of prediction error (before having new data).  Last year, I heard a colleague, who investigated the minimal data set for doing this type of inferences. He said that a four-five years time series length (for daily data) was the optimal choice. As a consequence, to do some good forecasting one is expected to have a time serie of such length.

You are welcomed
Posted by About Hydrology at 3:23 PM No comments:

Water Resources Research has fifty years. Incredibly I spent half of its life with it, finding in this journal a constant source of quality and information. They celebrated the fifty years with a special issue where many protagonists of these years produced their views on the field. All was introduced by Alberto Montanari and the Editors of the Journal who I cited verbatim below (in italics).

The collection of contributions dedicated to the fiftieth Anniversary of Water Resources Research is organized in three chapters:

Clearly all of this, besides summarizing the past are strong endorsement on the future way the discipline of hydrology can evolve. 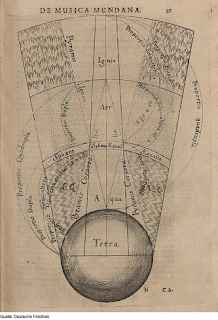 Finally the Papers (unfortunately not of them open access):

Posted by About Hydrology at 3:47 PM No comments:

Can a butterfly flutter in Rome start a tornado in Texas ? This is a version of the highly popularised statement about chaoticity of the atmosphere and the impossibility to have long term weather predictions.
Obviously, wikipedia clarifies, the flutter is the trigger of the phenomenon, but the evolution depends on the forces (energies) in act.

But is it really true ? 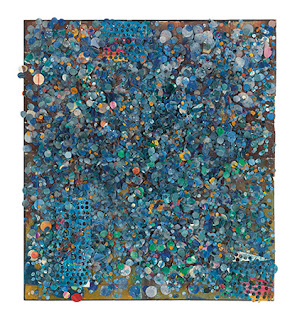 Actually to prove it one could simply take a modern weather model and put such variation in its initial conditions to see how  the weather evolve in time and if such a perturbation can drive large variations in predictions.

In literature, in fact, this experiment seems not to exists, and the claim is based just on the properties of the Lorenz  equations, which, indeed, are not a fully weather modeling but just one simplification. According to a livescience report, David Orrel, did this experiment, and found that the flutter of a butterfly is dissipated: so no butterfly effect. But I was not able to support it with the reading of Orrel's paper in bibliography. Maybe this is contained in his book, which I could not access.

Maybe such a small effect cannot be described within the allowed initial conditions of a weather model, and the question would be, in the case, meaningless. I am too ignorant in the field. But I suspect that this is the case.

Atmosphere is known to be chaotic, but  the way it is, is described by the equations that the weather models contain, and how they  can be initialised.

If the reality would be like described in the livescience post, and we believe in Paul Roebber, then we would driven to the conclusion that effects large enough to produce variations in the global weather system are as small as a single cloud (but not smaller).  Therefore the atmosphere would be a very strange system (and maybe it is) where small perturbations  (like the butterfly movements) are dissipated but larger perturbations (like uncertainty in the position of a cloud) grows chaotically.

I find strange that this issue was not investigated deeply, since, at least theoretically has some consequences.

In atmospheric sciences literature, chaos is studied by making an “ensemble” of simulations each one differing from the other by slightly different initial conditions, and some example are reported below in references.

P.S. Going more fundamental, part of the story would be to get to know if chaos exists in Navier-Stokes equations, and how sensitive it is. But this is for another post.

Zhu, H., & Thorpe, A. (2006). Predictability of Extratropical Cyclones. The Influence of Initial Condition and model Uncertainties. Journal of the Atmospheric Sciences, 63, 1483–1497.

This paper represents a first step of the unavoidable integration of GEOtop into OMS. I spent a lot of words in favour of this, and I cannot repeat it.  the paper abstract says: 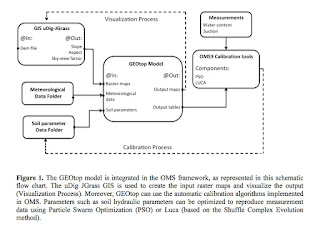 The integration of a spatial process model into an environmental modeling framework can enhance the model’s capabilities. This paper describes a general methodology for integrating environmental models into the Object Modeling System (OMS) regardless of the model’s complexity, the programming language, and the operating system used. We present the integration of the GEOtop model into the OMS version 3.0 and illustrate its application in a small watershed. OMS is an environmental modeling framework that facilitates model development, calibration, evaluation, and maintenance. It provides innovative techniques in software design such as multithreading, implicit parallelism, calibration and sensitivity analysis algorithms, and cloud-services. GEOtop is a physically based, spatially distributed rainfall-runoff model that performs three-dimensional finite volume calculations of water and energy budgets. Executing GEOtop as an OMS model component allows it to: (1) interact directly with the open-source geographical information system (GIS) uDig-JGrass to access geo-processing, visualization, and other modeling components; and (2) use OMS components for automatic calibration, sensitivity analysis, or meteorological data interpolation. A case study of the model in a semi-arid agricultural catchment is presented for illustration and proof-of-concept. Simulated soil water content and soil temperature results are compared with measured data, and model performance is evaluated using goodness-of-fit indices. This study serves as a template for future integration of process models into OMS.

How is sweet to begin a year with a new publication. Have a nice reading (by clicking on the figure or here).
Posted by About Hydrology at 9:50 AM 1 comment: