This is (almost) verbatim from the Java67 blog (to which the appropriate credit must be given), with some links in addition to Java 8. 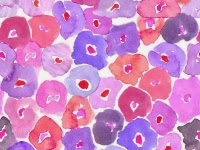 1. When to use Strategy Design Pattern in Java?

Strategy pattern in quite useful for implementing set of related algorithms e.g. compressionalgorithms, filtering strategies etc. Strategy design pattern allows you to create Context classes, which uses Strategy implementation classes for applying business rules. This pattern follow open closed design principle and quite useful in Java. One example of Strategy pattern from JDK itself is a Collections.sort() method and Comparator interface, which is a strategy interface and defines strategy for comparing objects. Because of this pattern, we don't need to modify sort()method (closed for modification) to compare any object, at same time we can implement Comparator interface to define new comparing strategy (open for extension).


A more detailed review of the Strategy pattern, in the same blog,  is here. However, Java 8, changes the scenario. Here and here some examples of using the strategy pattern with lambdas.

This is one of the most common Java design pattern interview question. Observer pattern is based upon notification, there are two kinds of object Subject and Observer. Whenever there is change on subject's state observer will receive notification. See What is Observer design pattern in Java with real life example for more details.


3. Difference between Strategy and State design Pattern in Java?

This is an interesting Java design pattern interview questions as both Strategy and State pattern has same structure. If you look at UML class diagram for both pattern they look exactly same, but there intent is totally different. State design pattern is used to define and mange state of object, while Strategy pattern is used to define a set of interchangeable algorithm and let's client to choose one of them. So Strategy pattern is a client driven pattern while Object can manage there state itself.

5. When to use Composite design Pattern in Java? Have you used previously in your project?

This design pattern question is asked on Java interview not just to check familiarity with Composite pattern but also, whether candidate has real life experience or not. Composite pattern is also a core Java design pattern, which allows you to treat both whole and part object to treat in similar way. Client code, which deals with Composite or individual object doesn't differentiate on them, it is possible because Composite class also implement same interface as there individual part. One of the good example of Composite pattern from JDK is JPanel class, which is both Component and Container. When paint() method is called on JPanel, it internally called paint() method of individual components and let them draw themselves. On second part of this design pattern interview question, be truthful, if you have used then say yes, otherwise say that you are familiar with concept and used it by your own. By the way always remember, giving an example from your project creates better impression.

6. What is Singleton pattern in Java?

7. Can you write thread-safe Singleton in Java?

8. When to use Template method design Pattern in Java?

Template pattern is another popular core Java design pattern interview question. I have seen it appear many times in real life project itself. Template pattern outlines an algorithm in form of template method and let subclass implement individual steps. Key point to mention, while answering this question is that template method should be final, so that subclass can not override and change steps of algorithm, but same time individual step should be abstract, so that child classes can implement them.

10. Difference between Decorator and Proxy pattern in Java?

11. When to use Setter and Constructor Injection in Dependency Injection pattern?

Use Setter injection to provide optional dependencies of an object, while use Constructor injection to provide mandatory dependency of an object, without which it can not work. This question is related to Dependency Injection design pattern and mostly asked in context of Spring framework, which is now become an standard for developing Java application. Since Spring provides IOC container, it also gives you way to specify dependencies either by using setter methods or constructors. You can also take a look my previous post on same topic.

12. What is difference between Factory and Abstract factory in Java

13. When to use Adapter pattern in Java? Have you used it before in your project?

14. Can you write code to implement Producer Consumer design pattern in Java?

15. What is Open closed design principle in Java?

Open closed design principle is one of the SOLID principle defined by Robert C. Martin, popularly known as Uncle Bob. This principle advices that a code should be open for extension but close for modification. At first this may look conflicting but once you explore power of polymorphism, you will start finding patterns which can provide stability and flexibility of this principle. One of the key example of this is State and Strategy design pattern, where Context class is closed for modification and new functionality is provided by writing new code by implementing new state of strategy. Seethis article to know more about Open closed principle.

16. What is Builder design pattern in Java? When do you use Builder pattern ?

17. Can you give an example of SOLID design principles in Java?

18. What is difference between Abstraction and Encapsulation in Java?

I have already covered answer of this Java interview question in my previous post as Difference between encapsulation and abstraction in Java. See there to answer this question.

P.S. - Here a synthetic discussion on how Java 8 can change the design pattern implementation, which can be completed by this stackoverflow post.  A discussion of some IBM authors of the same topic  can be found here. Here , instead an example of the "Commander" (observer-like) pattern, and, in the second part of the post, a new example of the strategy pattern in Java 8.
Posted by About Hydrology at 9:48 PM