Congratulations Giuseppe! Your thesis is obviously a draft, since it has still to pass the screening of your committee. However, packaging all your work together is certainly a milestone. Starting from the preliminary work by Hydrologis and other former collaborators,  the thesis not only provides  components for the simulation of the hydrological cycle budgets (which is indeed a part of it) but tests independently each component before to use it in various modelling solutions. This outcome is made possible by the existence of the Object Modelling System and the interactions Giuseppe had with Olaf David, my co-advisor in this thesis. For who wants to have give a glance to the thesis, and to look to the first overall work on the Jgrass-NewAGE system, it can be found at the link behind  "The Dream" painting by Henri Rosseau. 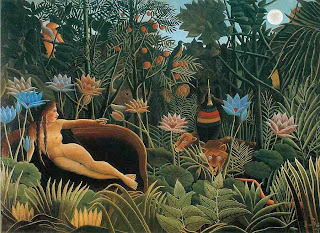 Some of the components of the thesis are already available at the jgrasstools site. Others will be available soon, after the necessary work of refinement, but the core is referred in the post about OMS3 resources (see: An example). Old posts cover the topics of the thesis that were already published, submitted to a journal, or exposed in some conference.
Posted by About Hydrology at 9:38 AM 3 comments:

This is the collection of slides I use for my Hydrology class at university of Trento. I called them Real Books recalling the tradition coming from jazz music. In this post there are just the rational for these slides. 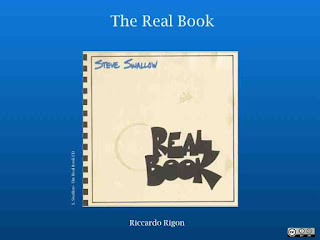 Below an explanation of the style used and a tentative unification for the notation, which is, indeed, very much dependent on the subject treated. Some books tried to have a unique identification for each variable: but the result becomes cluttered with subscripts and superscripts. 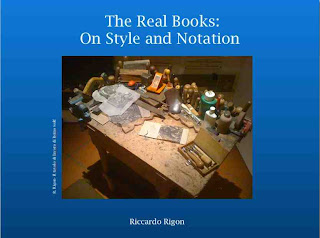 Leonardo Perathoner, one of my students, prepared also a LaTeX style to simulate the same styles I use.

The whole set of old talks can be found on Slideshare/SlidesAboutHydrology. The list of the new ones is below:

1 - Introduction to Hydrology (Part I, Part II, and Part III). As an alternative or a completion of my slides I suggest the reading of  "Evolution of modern hydrology", by P. Eagleson, WRR 1994 and the poin of view offered by "Global Hydrological Cycles and World Water Resources", by T. Oki e S,. Kanae). Reading "Challenges and Opportunities for the Hydrological Sciences" could also be useful.

Posted by About Hydrology at 9:11 AM No comments:

Just a note on INSPIRE tools

Waiting for a more complete post on INSPIRE, I annotate that Andrea Antonello did a good article on a tool HALE that can help. 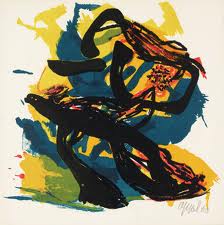 This is the link to the post (in Italian). This also a link on interesting INSPIRE resources from a workshop at ISPRA (part in English and part in Italian).
Posted by About Hydrology at 4:04 PM No comments:

The mononota song as a paradigm for writing a scientific paper

This year at Sanremo festival (which I do no follow since many years) it happened that a particular song attracted my attention (because it is actually very tasty): the mononota song. It is from Elio e le Storie Tese. Obviously only the Italians can truly appreciate because the crazy and ironic text is integral part of the whole.

I thought it has a lot of structural similarities with a good scientific paper.  There is a simple statement to show (demonstrate): one can build a nice song using a single note (mono nota). The text of the song contain a literary review (Rossini^1 did it, Bob Dylan^2 too; Tintarella di Luna^3 again) where examples of wrong applications are presented (Jobim^4 implemented a samba where, however, it moved away from the single note: "he did not have the b***s they say"). The musics, besides the text is full of citations.
It shows various examples of how the statement can be violated.  EelST also demonstrated the possibility of doing it, showing various possible declination of the statement, whistling it, changing rhythms in a way that reminded me certain Frank Zappa compositions, changing the tone, and so on.  The song has also a conclusion were it is remarked that the fidelity to the initial statement was respected, except for the very last note.

Naturally the result is good not for the fact that it follows a schema, but because the song  is , not necessarily the best ever, and not for all tastes, but overall enjoyable. The same applies also to any good paper that needs also to be possibly pleasant to read^5. Eventually the song is likely also to remind a set of other beautiful songs which is also part of the pleasure.

^1 Adieux à la vie (G.Rossini)
^2 Bob Dylan's Subterranean Homesick Blues, I think is mononota. They say that actually many other blues sang by Dylan follow the same type of intonation, for instance  Levee's gonna break which is kind of pertinent with this blog
^3 Mina
^4 Samba de uma nota so (N.Mendonca / A.C.Jobim)

* See also the nice comment by Cesare Picco in his Video (unfortunately in Italian)
^5 I know also papers that are certainly not well written, and not formally enjoyable but that nevertheless eventually convey a lot of information and knowledge: so at the ends the contents are also important by themselves
** Finally in a comment to a The Rolling Stones' song Doom and Gloom  I also got this: "... So do a thousand punk and hip-hop songs; so did Louis Armstrong in his solo on the seminal recording of “West End Blues”; so did Cole Porter in the verse to “Night and Day”; so did Harold Arlen in the refrain to “Come Rain or Come Shine”; and so has Bob Dylan in dozens and dozens of songs since “Subterranean Homesick Blues. Jagger, like both Armstrong and Dylan, is an interpretive artist with the skill and audacity it takes to extract a scale’s worth of colors in just one note. "
Posted by About Hydrology at 2:12 PM 1 comment:

About doing a Ph.D.

Doing a Ph.D. is a totally absorbing activity, but it can be one of the most exciting periods of your life. However, I realize that students do not have usually the idea of what it is about.
Actually I put a brief post times ago about what is the core of Ph.D. studies, which is well summarised by the  picture below: 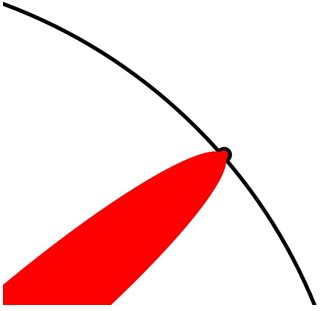 The Figure and the idea is by Matt Might whose blog is a nice reading experience.
Recently, I discover that my colleague Davide Geneletti usually provides his students with a set of links of useful readings.  In my best tradition of robber I post them here below with some addition, since I found them  quite informative. They comes from authors from various disciplines  and roles, but their contents are of quite general interest. So here it is the list:

Last but not least he suggest the reading  of the book which I found amusing:


that more or less complete the picture. I would not avoid also to give a look to these "slides offering advice that is wickedly and memorably to the point"

The web is full of other good link and you can certainly find your favorite web site or blog. A suggestion do not hesitate too much on this stuff: eventually you have a Ph.D to pursue ;-)
Posted by About Hydrology at 11:15 PM 1 comment:

Email ThisBlogThis!Share to TwitterShare to FacebookShare to Pinterest
Labels: Ph.D.

We often talk about landscape evolution (and I have a little history on the subject). However, we usually forget that from 65Ky and 12Ky of years ago a lot of our Earth was covered by a glaciation. The image below, robbed from a Mr. Kurt Werth presentation at "At North of Trento and South of Bolzano"(1,2,3) Meeting, illustrates the situation in the place where I live, the river Adige basin. 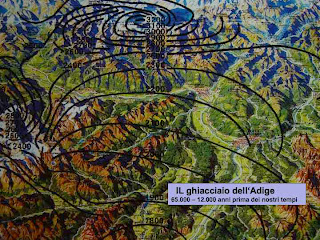 I do not know which is the precision of the map, but it illustrates clearly which was the geneal situation. Cause of this,  many of the geomorphic features we see nowadays where created by the glacier retreat and by subsequent land-sculpting. Alluvial fans (some hundreds of them) were formed later. Big rock avalanches (according also to isotopic measurements) crumbled down among 10Ky and 3Ky ago.
Therefore it is time that  alpine geomorphology (and modelling) put Paraglacial situations inside its horizon. Actual landslides and sediment production is strongly affected by what the glaciers left.