Python is a modern object oriented language. Occasionally I wrote about it in my posts, also for remarking that I went in a different direction. However, I cannot deny the evidence that more and more people are choosing it, and there are good reasons, as their language of choice for doing research and hydrological applications. In fact since 2017, I am using it in place of R for scripting and data managing. Below you will find a list of resources. Please do not hesitate to bring my attention to yours or others' contributions which I have not yet in my group.

Motivations for Python use, over other choices, can be found in this blog post or in this paper.

To understand how to start you can follow Python programming for hydrology students that starts with indicating how to install it. 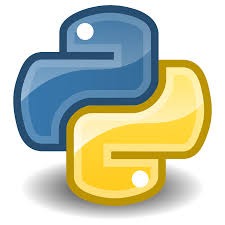 For who wants to start with Python (for hydrologists), I suggest to give a look to my blog post Python general resources. For others, please give a look below.

Python is especially use as a glue for existing program, either written in C or FORTRAN. We have the cases of

In the reign of hydrologic applications entirely written in Python, we remind:


Also tools to deal with Meteorology:

Tools for dealing with uncertainty and sensitivity analysis

I am actually impressed by the quality of the contributions in Python. I think there is not anymore reason to use commercial program like Matlab in Universities (see this review here). What Matlab does, also Python does. Compared to R, it has a much more clear sintax and is, certainly, a better language. So I would suggest to use it with students (or R). I like R but I never built program on it, because its object orientation is really poor. Python is better and, as it is known its syntax is clean. Python is great to link FORTRAN and C/C++ native libraries, so actually many uses it to assembled libraries they wrote in those more performant languages.
As you know, however, my group uses Java as its principal programming language. Java, in comparison with Python, is less immediate and more verbose, but it allows to build many framework to work with, and is usually faster than Python. Probably because, Java is supported by magnificent building tools (Maven, Gradle) that allow to manage large projects in a way that probably cannot be done in Python.

Posted by About Hydrology at 12:02 AM