Diego Avesani, one of the Ph.D students of Alberto Bellin, brought to my attention the new UNESCO  Water Glossary. You can retrieve it by clicking on the image below. 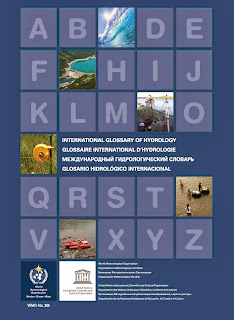 UNESCO has a lot of water related programs that you can browse at their website.

Posted by About Hydrology at 4:48 PM No comments:

Clima Trentino (About Trentino Climate and adaptation to Climate Change)

I will use this page to collect all the material about Climate change impacts related to Water and Hydrology (and at relatively small scales) going towards the Fitfth Water Conference of the Alpine Convention (to be held in September 25-26 2014) which will cover this topic in detail.
I will start with the material (In Italian) of the meeting Clima: quale futuro per la Terra (Climate which future  form Earth) which I co-organized with Clima Trentino the recent October 21.
You will find two presentations the first a very nice introduction to climate change and adaptation by Antonio Navarra, and the second about the Italian strategy to Climate change adaptation by Sergio Castellari. Both of them of the  Center euro-Mediterranean for  Climate Change (CMCC).

The Italian National strategy was finally disclosed yesterday by the Italian Ministry of Environment,  Andrea Orlando, and can be found here.

Yesterday I also met Marcela Olmedo, an anthropologist who works on Adaptation of Climate Change and Water. She is the author of an interesting blog: http://www.environmentalanthropology.net and her woork on climate change adaptation can be found here.

The presentations and work of the Workshop on Climate Change Adaptation held in Brescia on October 10th, and organised by the Water Platform of the Alpine Convention, can instead be found here.

The seminar on the KultuRisk EU Project, held in Trento November the 5th by Paolo Ronco of University of Venice, can be accessed from here.
Posted by About Hydrology at 10:14 AM No comments:

My Ph.D student Wuletawu Abera brought to my attention the WorlDEM data set. It will be a global DEM with unsurpassed precision covering all the Earth (Pole to Pole, not as SRTM from 60 degree North to 60 degree South).

The detail of this product can be found in the GISResources website. Unfirtunately, it seems you have to pay for it.
Posted by About Hydrology at 5:16 PM No comments:

The "summer" School on Object Modelling System in Trento 2013

The "summer" school started yesterday.  All the material prepared by Olaf David, Gabriella Turek and Giuseppe Formetta is here (link no more available: but the link beow work) where you can find presentations and code.
If you are probably interested to OMS3 tools, you can probably start with the 2016 Summer School Material now. 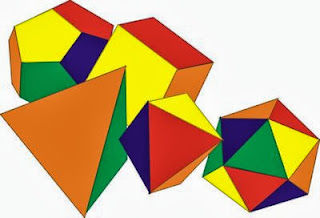 In day one there was a general overview of OMS and what it does, through the presentations of Olaf David (presentation here), Gabriella Turek  and Giuseppe Formetta (presentations here). The lectures and the video can be found here at the LODE site by Marco Ronchetti.

Monday lectures covered mostly an overview of the system, including:

Third day starts with the Hello World example. Then continued with Two Component and Three Component.  After the coffee break we went into First Class Object Parameters. Next class examined was Conversion SPI for connecting components through some conversion of types. Bulk connect or how to get one component output for many component input.  At Name Alias substitutes long names component with shorter alias. Component logging to have a fine control on what you want to output, for instance in different phase of a projects. Simple Iteration for knowing how to iterate more time the execution of a command.

Fourth day is dedicated to applications. Giuseppe Formetta  talks about JGrasstools, JGrass-newAGE and the calibration algorithms embedded in it.


In the afternoon we give a look at the porting of the Sparrow program made by Gabriella Turek. Whilst in FORTRAN the program allows to understand how to integrate C/C++ legacy code.

P.S. - The complete series of posts on OMS3 can be found here.
Posted by About Hydrology at 5:46 PM No comments:

A paper on the Horton Machine

The Horton Machine toolset has gained a certain stability during the years, and I currently use it in my Hydrology class. There is a tutorial in Italian and an out-of-date Reference Manual which are waiting for being merged into a unique English Manual. Meanwhile, here it is a paper that explains it, as much as it can be made in a paper. This would be part, after having passed the appropriate peer review, of an open access book of the British Society for Geomorphology, Clarke (2013), section 2.4 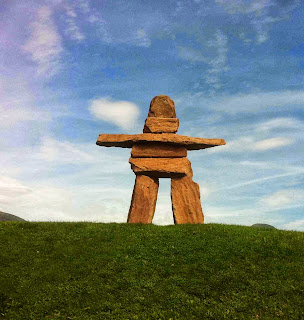 The book chapter draft can be found here. The complimentary material to reproduce the manuscript figures can be found in this post.

Long awaited, the GEOtop 2.0 paper is going to arrive. It was submitted to GMDD few days ago, and is undergoing the preliminary evaluation of the Journal Editor (and now published on GMD).  The paper is mainly concerned with the cryospheric part of the model, but it have also a report of the changes made since version 0.75 (for a complete history of the model so far, please look to these previous posts I, and II).

GEOtop 2.0 was mainly the work of Stefano Endrizzi, with the help of many actually: but he recoded most of it with great attention to the infinite details. 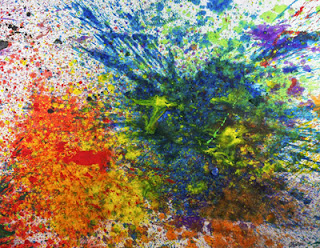 Here excerpts from the introduction:
"... There is a great diversity of models (understood here as mathematical representations of one or more processes) and simulators (computer programs, usually comprising imple- mentations of several models to represent a natural system) to simulate cold regions processes. GEOtop 2.0 (hereafter GEOtop) is a process based model which develops from the blueprint GEOtop 0.75 described in Rigon et al. (2006) and Bertoldi et al. (2006). It was built in the idea that the com- bination of terrain effects, energy and water balance pro- duce unique results for different meteorological forcings, which makes difficult the a priori exclusion of any of the processes. GEOtop covers the full spectrum of hydrological fluxes, but this paper mainly focuses on the aspects related to the cryosphere. In this context, permafrost research provides an intersections of phenomena related to frozen soil, the flow of water, and the snow pack. ...

Just a few models exist that try to cope with all of the com- plexities of modeling in a spatially distributed manner the full range of hydrological processes. Sophisticated process-based models are available, like CROCUS (Brun et al., 1992), CATHY (Paniconi and Putti, 1994), ALPINE3D (Lehning et al., 2006), HYDROGEOSPHERE (Therrien and Sudicky, 1996), CATFLOW (Zehe et al., 2001), IHMR (VanderKwaak and Loague, 2001), and SHETRAN (Abbott et al., 1986), but usually they cover either the cryosphere (with no care of water after melting) or the surface-subsurface fluxes in the above zero centigrades domain of temperatures. This choice makes it impossible to really understand complex environmental settings such as, for instance, the alpine type areas around the world, where snow and freezing soil significantly after the conditions of water fluxes in winter, and certainly affects hydrology and ecology also in spring, early summer, and late autumn (Barnett et al., 2005; Endrizzi and Marsh, 2010; Horton et al., 2006). In other models, like JULES (Best et al., 2011), VIC (Liang et al., 1994), tRIBS (Ivanov et al., 2004), JGRASS-NewAGE (Formetta et al., 2011), the whole system of interactions is accounted for, but the set of equations required for representing such environments are simplified with a priori parameterisations of some interaction of processes. ...

GEOtop 2.0. is significantly different from GEOtop 0.75. It includes a fully three-dimensional description of the Richards equation, whereas in the previous version the equa- tion was only solved in the vertical direction and the lateral flow was parameterised, in a similar way as in large-scale land surface models. In the new version, a multilayer snow cover and the surface energy balance are fully integrated in the heat equation for the soil, which is solved with a rigorous numerical method based on Kelley (2003), while in the previous version, snow cover was described with a bulk method (Zanotti et al., 2004) and the surface energy balance, though complete in its components and accommodating complex ter- rain, was not numerically coupled to the soil heat equation. In GEOtop 2.0, soil freezing and thawing are represented, meteorological forcings are distributed, and channel routing is described as overland flow with the shallow water equation neglecting the inertia. The description of vegetation with a double-layer surface scheme in order to more accurately represent the heat and vapour exchanges of vegetation with the soil surface and the atmosphere has also been included in GEOtop and described in Endrizzi and Marsh (2010). ... "

The final version of the paper has been accepted in September 2014. And can be found on-line at the GMD site.
From this version, the source code is available at Google code, https://github.com/skyglobe/geotop#, under GPL v. 3 license.


The main website of GEOtop is back at http://www.geotop.org
Posted by About Hydrology at 11:24 PM No comments: