This blogpost contains the Marialaura Bancheri (in this blog) dissertation for ending her doctoral studies. There is a lot of material inside that goes from how to do better hydrological models,  to doing it, to implement and deploys some OMS3 components.  Really a lot of material. 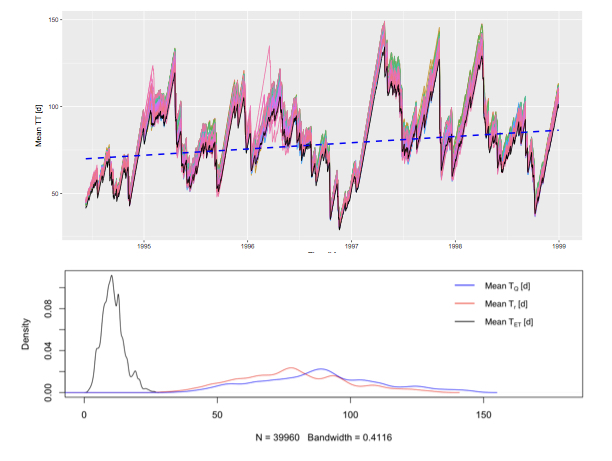 The increasing impacts of climate changes on water related sectors are leading the scientists' attentions to the development of comprehensive models, allowing better descriptions of the water and solute transport processes. "Getting the right answers for the right reasons", in terms of hydrological response, is one of the main goals of most of the recent literature. Semi-distributed hydrological models, based on the partition of basins in hydrological response units (HRUs) to be connected, eventually, to describe a whole catchment, proved to be robust in the reproduction of observed catchment dynamics. 'Embedded reservoirs' are often used for each HRU, to allow a consistent representation of the processes. In this work, a new semi-disitrbuted model for runoff and evapotranspiration is presented: five different reservoirs are inter-connected in order to capture the dynamics of snow, canopy, surface flow, root-zone and groundwater compartments.
The knowledge of the mass of water and solute stored and released through different outputs (e.g. discharge, evapotranspiration) allows the analysis of the hydrological travel times and solute transport in catchments. The latter have been studied extensively, with some recent benchmark contributions in the last decade. However, the literature remains obscured by different terminologies and notations, as well as model assumptions are not fully explained. The thesis presents a detailed description of a new theoretical approach that reworks the theory from the point of view of the hydrological storages and fluxes involved. Major aspects of the new theory are the 'age-ranked' definition of the hydrological variables, the explicit treatment of evaporative fluxes and of their influence on the transport, the analysis of the outflows partitioning coefficients and the explicit formulation of the 'age-ranked' equations for solutes. Moreover, the work presents concepts in a new systematic and clarified way, helping the application of the theory.
To give substance to the theory, a small catchment in the prealpine area was chosen as an example and the results illustrated.
The rainfall-runoff model and the travel time theory were implemented and integrated in the semi-distributed hydrological system JGrass-NewAge. Thanks to the environmental modelling framework OMS3, each part of the hydrological cycle is implemented as a component that can be selected, adopted, and connected at run-time to obtain a user-customized hydrological model. The system is flexible, expandable and applicable in a variety of modelling solutions.
In this work, the model code underwent to an extensive revision: new components were added (coupled storages water budget, travel times components); old components were enhanced (Kriging, shortwave, longwave, evapotranspiration, rain-snow separation, SWE and melting components); documentation was standardized and deployed.
Since the Thesis regards in wide sense the building of a collaborative system, a discussion of some general purpose tools that were implemented or improved for supporting the present research is also presented. They include the description and the verification of a software component dealing with the long-wave radiation budget and another component dealing with an implementation of some Kriging procedure.
Posted by About Hydrology at 4:28 PM 1 comment:


OMS3 stands for Object Modelling System version 3. Now it has also a server-side companion called Cloud Service Integration platform, CSIP. You can find information about OMS3 here:
For more general information you can browse the various dedicated posts in this blog.

For running it, you have to perform various installations:

There are various ways to use OMS. The most important two are using Docker or using the OMSConsole (the latter is not really up-to-date). Please notice that the OMS console still works for Java 8, while the Docker version can work with Java 11.

Examples (All the material in the .zip files. Notebooks in /docs folder)
Exercises
More detailed exercises and information can be downloaded from the OMS3 site.

Since a few years, OMS v3 has a server-side companion, called Cloud Service Integration Platform (sometimes the I was said to be Innovation). For the CSIP material see here.

To have a recent overview of the subject jointly with our GEOframe stuff, one can also give a look to
Further information

Hopefully they will merge soon in an official release. All the "alm" repo at present require a password that can be asked to Olaf David (odavid <at> colostate. edu) col.
Posted by About Hydrology at 12:49 PM No comments:

Email ThisBlogThis!Share to TwitterShare to FacebookShare to Pinterest
Labels: OMS3

Some About the World Bank Actions related to Water Resources

One former University of Trento student who eventually moved to Cambridge, Anna Cestari, is since many years working for the World Bank. Having the occasion to have her Trento, I asked her to give a seminar on the activities and the projects of the World Bank. What she said for the general activities is actually what is also summarised in the World Bank Brochure. 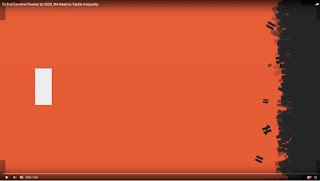 However, she gave also talked a little about the Virtual Water problems, how much is water demand of Agricoluture, and some other details about what she finds in developing countries. Water availability has so large implications for any of us and our society. Certainly Global Hydrological Models, or regional ones, can help to sort out the numbers  that are required to build the statistics she presented, and to build infrastructures with informed data.
Posted by About Hydrology at 4:42 PM No comments:

I link here an article from the Guardian by Oliver Bukerman, in Italy reproduced by Internazionale dedicated to the quantity of creative work that can be done every day. He, in turn, takes inspiration from the Alex Pang's book Rest: Why You Get More Done When You Work Less.
The original article can be found here. The Italian version here. 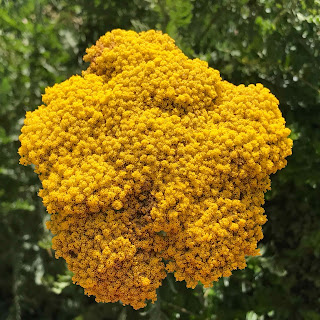 Maybe four hours is too low but, at the same time, pretending to be creative more than four ours a day is not a sin of pride ?
I would be clear, I am not suggesting to my Ph.D.  students to work lazily, but to be conscious that quality counts more than quantity and quality also depends on rational management of our own mental health which is the what we need to preserve. Then it is clear that some (short) periods of life require exceptional efforts. But this works only if these are the exception. Not the rule.
Posted by About Hydrology at 2:56 PM No comments: