Some people, I realised, have problems with the concept of return period. This is the definition in wikipedia (accessed October 25th, 2017):
A return period, also known as a recurrence interval (sometimes repeat interval) is an estimate of the likelihood of an event, such as an earthquake, flood[1], landslide[2], or a river discharge flow to occur.
It is a statistical measurement typically based on historic data denoting the average recurrence interval over an extended period of time, and is usually used for risk analysis (e.g. to decide whether a project should be allowed to go forward in a zone of a certain risk, or to design structures to withstand an event with a certain return period). The following analysis assumes that the probability of the event occurring does not vary over time and is independent of past events.
Something that wikipedia does not include is rainfall intensity. The first paragraph, should be then something like:

"A return period of x time units, also known as a recurrence interval (sometimes repeat interval) is an estimate of the likelihood of an event, such as an earthquake, flood[1], landslide[2], rainfall intensity, a river discharge flow or any observable, to occur (or be overcome) on average every x time units." 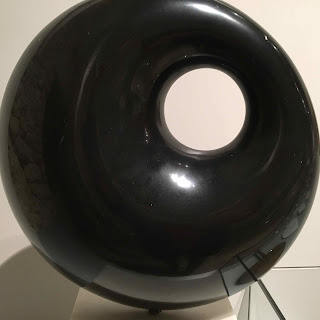 Return period clearly involves a statistical concept, which is traced back to a probability, and a time concept, that is the sampling time.
Let us assume we have a sequence of data, for which, at moment, the sampling time is unknown, composed by a discrete number, $n$, of data.
The empirical cumulative distribution function (ECDF) of the data is a representation of the empirical statistics for those data. Let $ECDFc$ be the complementary empirical cumulative distribution function, meaning $ECDFc(h) \equiv 1 - ECDF(h)$.
Let h* be one of the possible values of these data (not necessarily present in the sequence but included in the range of experimental values). We are interested in the probability of $h^*$ being overcome. If $m$ is the number of time $h^*$ is matched or overcome, then
$$ ECDFc(h^*)= m/n $$
$$ECDF(h^*) = 1 - m/n$$
We can, at this point assume that ECDF resembles some probability function, but this is a further topic we do not want to talk about here. What we want to stress i s that ECDFs (probabilities) are not automatically associated to a time. All the data in the sequence refers to different picks of a random variable, and these picks are not necessarily time-ordered or can be happened all at the same time. So the “frequencies" that can be associated to the above events are not time frequencies.
Now introduce time by saying that, for instance, each datum was sampled at regular time step $\Delta t$, what before I called “time units”, and, for practical reasons we are not interested to the ECDF of the data but to know how frequently (in clock time sense) it is repeated. So, we can say that the total time of our record is
$$T = n\, \Delta t$$
and in this time span, the number of time, h* is overcome is (by construction)
$$m=ECDFc(h^*)*n$$
On average, along the record obtained, the time frequency on which values greater than $h^*$ are obtained is the empirical return period:
$$T_r:=\frac{T}{m} =\frac{n *\Delta t}{ECDFc(h^*)*n} = \frac{\Delta t}{ECDF(h^*)}$$
So, the empirical return period of $h^*$ is inversely proportional to the complementary ECDF($h^*$) but, properly there is a “$\Delta t$” to remind that it is given in time units. One basic assumption in our definition is that the underneath probability is well defined, which is not if climate change is in action. This is a delicate and well discussed topic*, but again, not the core of this page.

Being Bayesian, probably you can introduce this in a different way. I let you as an exercise to do it.

** On the topic of stationarity, please give a look to: