In many papers that deal with semi-distributed hydrological modelling, it is argued about the models structure, a topic which becomes even more relevant when people talk about uncertainty and attribute to the model structure an error that is named epistemic error. But what is the model structure is rarely discussed in depth. Butts et al. (2004) discussed it citing the book by K. Beven (GS): “Beven (2000) breaks down the development of a hydrological model into the following steps:
To these phases Clark et al (2011) also add:

6. Characterizing the model uncertainty
which is a requirement that certainly contemporary modelling demands. 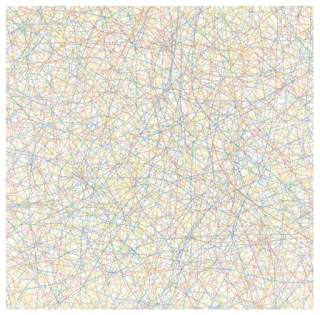 There is a great variety of models and mathematical approaches to cope with the above issues. For limiting the discussion, let’s assume to concentrate on those models which are implemented as systems of ordinary differential equations. These models differs, in practice for:
In particular, point (1) above deals both with the number of processes and the discretisation of the landscape in hydrologic units in space (called representative elementary watersheds REW, e.g. Reggiani et al., 1999 or Hydrologic response units, HRUs, Burges and Kampf, 2008). A recent tradition tried to build a heuristic about how to select appropriately these elements (e.g. Clark et al., 2011; Fenicia et al., 2011, Fenicia et al., 2014, Fenicia et al., 2016).
Once these hydrologic heuristics are applied, we eventually find ourselves with the nude set of equations, and it could be interesting to see if there exist methods that can discover and classify the main properties of the dynamical systems which depends on their structure. This problem, indeed, has received a lot of attention in system and control theory (see for e.g. Ljung, 1999 and references therein), mostly to autonomous linear systems.

Some of the aspects, in this case is the discover of T-invariants and P-invariants, or, in a less obscure language, of loops and set of correlated quantities that remains globally (i.e. their sum) stationary (i.e. Gilbert and Heiner, 2006). Other aspects regards reachability, i.e. the prior understanding if a certain distribution of the state variables can be obtained. All these aspect are well dealt within traditional books in system and control theory. Unfortunately the resulting structure of hydrological models is usually non-autonomous (the system are open) and non-linear. All aspects that make investigations more complicate, but probably not unfeasible. A lot of digging in literature and research is necessary though.

Posted by About Hydrology at 2:51 PM