Meledrio, or a simple reflection on hydrological modelling - Part IV

An issue that often is risen is about the complexity of models. Assuming the same Meledrio basin, which is the model we can think to be the simpler for getting quantitatively the water budget ?
The null-null hypothesis model is obviously using the past averages to get the future. Operatively: 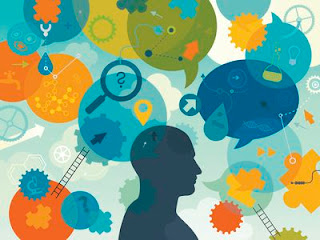 My null hypothesis is the following. I kept it simple but not too simple:
The Petri Net representation of the model (no snow) can be figured out to be as follows: 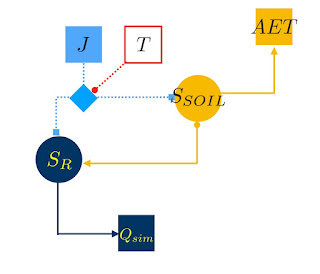 The setup this model, therefore is not so simple, indeed, but not overwhelmingly complicate.


Any other model has to do better than this. If successful, it become hp 1.
A related question is how we measure goodness of fitting and if we can distinguish the performances of one model from another one. That is, obviously, another issue.
Posted by About Hydrology at 9:06 AM