Sparse thoughts (on the foundations of a Thermodynamics of Hydrological Systems)

Assume you have a control section in which you include a natural landscape. Fluxes of energy and mass across the boundary of the control volume are more or less understood. What is not understood is the arrangement these fluxes can have inside the control volume, and how to describe their complexity (would be entropy their measure ?).

Make this conceptual experiment. Think that inside the volume there is only a bare soil (it is in itself an extraordinary simplification to think that soil is simple), and think another system where you have grass growing on the soil.   Make it simpler ! Just have a substance inside the control volume, and air (which is still very complicate because of turbulence).

The problem at this level is primarily descriptive. How to describe the content of the control volume ?

According to physics, we have (1) to define the way the internal stuff interacts with the incoming fluxes (of mass, momentum and energy) (2) understanding or making some assumption on the stability and form of what is inside.

Stability has certainly to do with the phase of the system, which assumes that the matter has a certain organisation. We have a weak knowledge of it. We are used to specify the organisation  as phases of matter, but how in physics (chemistry ?, biology ?)  can be described complex patterns of organisation is not clear.

Without any doubt, we have to add the complex concepts of temperature of the system, its pressure, its volume, its chemical potential and how to fluxes reorganise what is inside.
It is also certainly true that form counts and we have to distinguish  surfaces of separation between substances.  Even if we are talking of inhanimated substances, so far.

But, if we intoduce or growing systems (that can be still inhanimated), this become more and more complicate, if we introduce self-reproducing systems (life ?) the path of knowledge becomes even more steep and challenging.

Is this way of thinking reductionism ? It could be, but it is not. 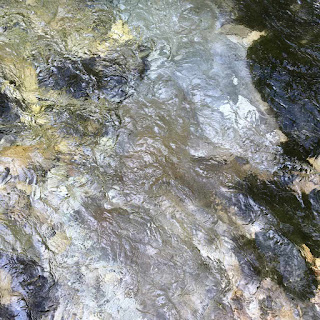 Antireductionists claim that a system is more than its parts, formally this is like to say that 1+1 \neq 2 and seems a nonsense. For me this means that  a system is its parts plus the interactions that the parts can establish between themselves and the outer boundaries.

That's kind of elementary mathematics that connections between points grow more than exponentially and the number of interactions grow equally likely, such that a small brain has as many connections comparable to the whole number of protons in the known universe.

Even if we limit our arguments to inanimate matter, these interactions are usually not computable, and this make the system unknowable, and destroys, in my view, the naive idea that I am a reductionist.

Anyway, out of philosophy, and parachuting us back to earth, this needs that we need something new to describe interactions among parts. Being a hydrologist, I would be interested in knowing how to approach organisation in hydrological system.

Further reading: this post on Information theory, this post on Thermodynamics, this post on "What is life" (and my professorship talk), graph theories. Ruddel's papers. Kleindon book. Azimuth's posts.

Posted by About Hydrology at 8:06 PM

Email ThisBlogThis!Share to TwitterShare to FacebookShare to Pinterest
Labels: Thermodynamics of hydrological systems