This new paper submitted to HESS and available in HESSD deals with the theory of travel times. It summarises some of our work of  the last year, whose partial results I had  the occasion to discuss in some Conferences. 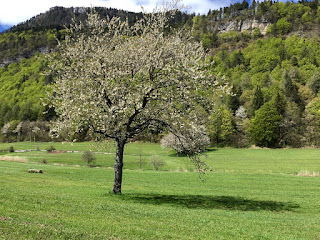 As the abstract says, the theory of travel time and residence time distributions is reworked from the point of view of the hydrological storages and fluxes involved. The forward and backward travel time distri- bution functions are defined in terms of conditional probabilities. We explain Niemi's formula and show how it can be interpreted as an expression of the Bayes theorem. Some connections between this theory and population theory are identified by introducing an expression which connects life expectancy with travel times. The theory can be applied to conservative solutes, including a method of estimating the storage selection functions. An example, based on the Nash hydrograph, illustrates some key aspects of the theory.

Any comment is welcomed.  Comments from the reviewers, and our answers are available at the HESSD site. Our revised manuscript, can be accessed here.
Posted by About Hydrology at 2:18 PM