My Past Research on Cryopheric Hydrology


In [J22] it was demonstrated that a single-layer snowpack model can be sufficiently accurate in describing the evolution of the water equivalent of the snow, as long as the incident radiation is calculated accurately taking care of shadows and the complexity of mountain topography. 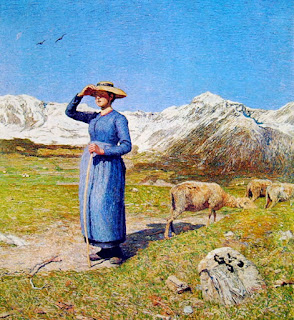 Subsequently, the single-layer model was replaced with a multilayer model in order to forecast the evolution of density and of metamorphism of the snow as well as the percolation phenomena within the snowpack, during the thesis of Stefano Endrizzi. Among the various studies carried out, one validates the snow model satellite data derived from MODIS [A41].  Furthermore, the same model was used to study the hydrological evolution of glaciers in Trentino (Alpine) and South America (Equatorial) [A39, A47].  Eventually, the modeling of the cryosphere moved towards considering evolutive processes of permafrost [thesis of Matteo Dall'Amico, and J30], that is the layer of soil subject to temperatures below zero centigrades for more than two consecutive years.  All of these research projects, as well as allowing the aforementioned studies, are necessary to modeling the entire yearly hydrological cycle in mountain environments such as Trentino.

[J30], drawing from an accurate work of reanalysis of process thermodynamics, implements a robust method for the integration of the freezing-soil equation.  The numeric algorithm used is globally convergent Newtonian method that is appropriate for the equations under study.  [J36] is a geomorphological survey of rock glaciers in Trentino, to be subsequently modelled with GEOtop.


Posted by About Hydrology at 5:40 AM