The first studies in this field took inspiration from analysis of moisture distribution in the soil, [J14, A8] where it was shown that, during relatively “dry periods, the moisture distribution in the soil can be understood and described with fractal analysis techniques. From these studies, and the desire to model evapotranspiration, eco-hydrological phenomena, hydrology and slope stability, and the evolution of the snowpack, there arose the need to develop an instrument capable of modelling the water cycle and soil moisture dynamics continually over time. These goals were the founding reasons for the implementation of the GEOtop Model [J24, A22]. GEOtop is “terrain-based (it is based on the use of digital terrain models and uses the knowledge of interac- tion between morphology and process) distributed (all the simulated variables are calculated for each pixel of the basin) model of “the water cycle (it simulates all the components of the water cycle, taking account of both the mass budget and the energy budget, the two budget equations being coupled through the temperature of the soil, which controls evaporation, hydraulic conductivity, and accumulation of the snowpack [J22]). A complete description of the model can be found in [J24, A22], articles that present the model system and a practical application to the Little Washita basin in Oklahoma, and, obviously in the manual [eb-05]. 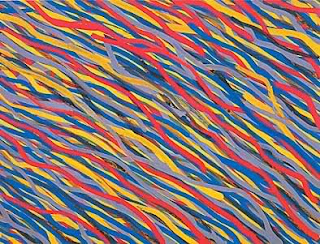 The GEOtop model was also applied during the study of the water cycle of Lake Serraia (Trentino, Italy) [A34]. [J25] demonstrates the effects of complex topography and morphology on the water cycle. In particular, one can observe that a more extensive channel network (as might arise in presence of greater slopes or more erodible soil) causes greater surface runoff and less evapotranspiration, which, in the energy budget, causes an increase in latent heat exchange with atmospheric boundary layer. The paper demonstrates, therefore, that topographic effects cannot be neglected in formulating the energy budget of the soil, as most global climate models normally do. Among the more theoretical studies, but essential to the distributed modelling of flows in unsaturated media, are [J27, A29]. In [J28] Richards Equation was perturbatively decomposed into a vertical component and a lateral one. The first dominates the initial phases of infiltration, the second the long-term redistribution of water volumes. With the work reported in [J30] the model was expanded with a soil freezing and thawing module, that allowed the analyses of the PermaNET project to be executed, and other studies performed by other researchers.

Recently, the GEOtop model has been used to estimate the impact of climate change on mountain catchments [rep05]. Ancillary studies have been dedicated to parameter calibration and uncertainties in hydrologic model forecasting [A37, A40].
The article [J38] envisages the restructuring of the GEOtop model with new numeric methods, developed together with Prof Vincenzo Casulli, and the adoption of a non-structured grid for the modeling. However, [J43] represents the state-of art of  GEOtop version 2.0, a milestone in the model history which contains Richards 3D integration, permafrost modelling, a multilayer snow model, renewed options for the treatment of meteo-data and radiation.
[J44] embrace the use of CLM and face the problem of data assimilation complemented by the use of Kriging techniques for filling the missing data.


A small community of users and developers has developed around GEOtop which is steadily growing.

The article [j38] envisages the restructuring of the GEOtop model with new numeric methods, developed together with Prof Vincenzo Casulli, and the adoption of a non-structured grid for the modeling.   [J43] represents the state-of art of  GEOtop version 2.0, a milestone in the model history which contains Richards 3D integration, permafrost modelling, a multilayer snow model, renewed options for the treatment of meteo-data and radiation.
[J44] embraces the use of CLM model, and faces the problem of data assimilation complemented by the use of Kriging techniques for filling the missing data.


[A8] - Rodriguez-Iturbe, I., G. K. Vogel, R. Rigon, D. Entekhabi, F. Castelli and A. Rinaldo, Scaling properties of soil moisture, Proceeding of the workshop on climate change and hydrometereological hazards in the mediterranean area, Perugia, 1995