My studies on shallow landslides were not purely theoretical but directed to make safer the mountain environment in which I live. Therefore, since the beginning of my activities there was an effort to convert theoretical results into practical tools, which, in turn, helped research. These guidelines written for the Danube Flood Risk Project come with this attitude. The work was also supported by the IRASMOS EU Project and, more recently, from the Trento Province. While reading the guidelines themselves is probably the simplest way to approach the mapping of landslide triggering according to my perspective, I also make public the presentation that I gave last and this year on the subject.

The first presentation is an introduction to the subject of hydrological hazards in mountains areas and the topic of guidelines: 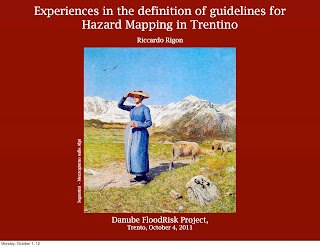 The second contains and comments some applications of the guidelines on catchments in Trentino. 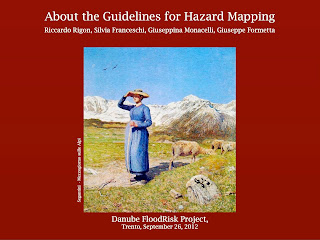 All the operation seen (except for the very recent CI-SLAM model) can be reproduced using the tools in the Spatial Toolbox of uDig or using GEOtop.

Other papers and material about landslides can be found in this blog following the "Landslides" label.

Posted by About Hydrology at 12:20 AM