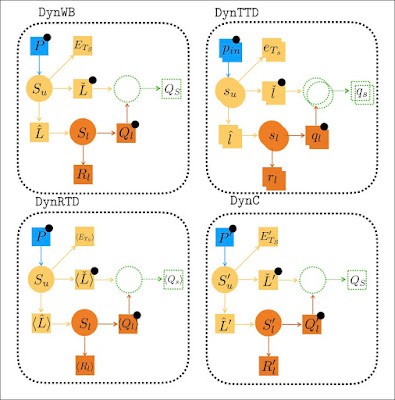 Ideally this paper is also a continuation of the paper on the representation of Hydrological Dynamical systems with Petri Nets of which in some sense, it represents an extension. In a ideal menù, the reader should read first the paper on the historical-critical approach to the GIUH, I would say excluded its last section, then the Age-Ranked paper, then the Petri Net paper and finally this one. Clicking on the Figure you can have the preprint, or on the bibliography below you can have access to all the manuscripts. This is part of my research program on trying a statistical-mechanical approach to hydrological modeling which across all my research activity since the last (almost) thirty years.


Posted by About Hydrology at 3:59 PM