After GEOframe is becoming widely used we believe it is time to set some fair rules for participation to GEOframe related publications, Since the components are usually released under GPL3 license, it allows the of the code almost without any restriction (except the maintaining the derived code Open Source and freely available), a condition mitigated by the fact that different OMS components can be released under other licenses.  However, because all of our recognition derives from publications (and proper citations), it is worth to remark what written below: 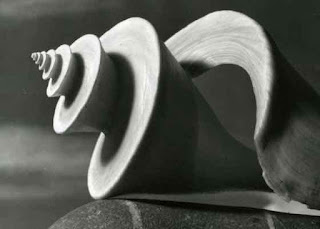 GEOframe Community Publication Policy (GCPP v1.0)
GEOframe-NewAge is an open-source, semi-distributed, component-based hydrological modeling system. It was developed in Java and based on the environmental modeling framework Object Modeling System V3 (OMS3).
The core of the project was born from the idea of Professor Rigon and mainly developed at the department of civil, environmental and mechanical engineering of University of Trento, Italy. During the last decade, GEOframe community grew and now is made of many scientists around the world who share their work, codes, knowledge and experiences for the benefit of all GEOframe users, whilst pursuing their individual research interests and careers.
Therefore, giving appropriate credits for the intellectual input through co-authorships or citations should be the proper functioning of the community.
This document sets out how members of the GEOframe community should recognise the intellectual contribution of the GEOframe community’s members.
In the following, the principal GEOframe web references, where you can find the latest achievements, developments, publications, code versions, courses and ideas are reported:
- http://abouthydrology.blogspot.com/search/label/GEOFRAME
- http://geoframe.blogspot.com
- https://github.com/geoframecomponents
- https://github.com/GEOframeOMSProjects
The formal, legal conditions that govern the use of GEOframe at present are given by the G.P.L. v 3. Each GEOframe component can have its own license though.
This Policy applies to all uses of GEOframe products, including but not limited to data and computer code, for research and teaching. It is not intended to restrict what can be done with them, rather to ensure appropriate acknowledgement and communication between users and developers. This policy will be updated regularly.
A developer is any person whose expertise has either significantly influenced the design of GEOframe code or who has written code, with no distinction between scientific and technical inputs.
Developers are encouraged to publish their work in reasonable time, while potential users should approach developers early in their study to avoid duplication or wasted effort on new developments. Developers may reserve the right for the first scientific application of their scheme and will be able to advise if and when co-authorship, citation or acknowledgement is appropriate.
A list of new developments and the scientists responsible for them will be maintained on the GEOframe website. These contributions should be recognised by citations.
When writing the source code of a component, GEOframe developers should consider the following:
Ideally a committed code should conform to the rules required by Joss.
Acknowledgments should be considered for a wider list of scientists who contributed to the modelling system, but whose contributions may not be documented in publications. A list of such scientists will be maintained on the GEOframe web page
When writing a paper, GEOframe users and developers should consider the following:
Co-authorship
Acknowledgements
Citation of a published paper
Please be generous in offering credit for other people’s work, as everyone benefits in the end. Use best judgement and, if in doubt, err on the side of inclusiveness.

You can find the pdf and Epub version of the document by clicking on the links. For the readers can also be interesting to consider the reading of About Authorship in Hydrology.

Posted by About Hydrology at 11:47 AM