Hydrologis, is the mini-company formed by Andrea Antonello and Silvia Franceschi (GS). Notwithstanding they are just two they accomplished really a lot in their career in the world of Open and Free GIS, where they have a solid reputation. First they built, when collaborating with me, the JGrass GIS that eventually was a clean part of the udig GIS. In contemporary Andrea, for his Ph.D. wrote BeeGIS whose ideas, with exploding the mobile devices wave, flowed into GEOpaparazzi that works with Android OS and can be downloaded from GooglePlay. In the meanwhile they also produced a port of the Horton Machine into gvsig  and as standalone (download the executable from here, the Horton Machine is on Github). I forgot LESTO (EGU Abstract), the product for analysis of LIDAR signals that Silvia developed for her Ph.D. 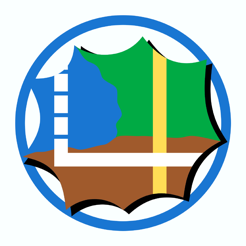 Now, finally it arrives SMASH  (IOS, Android), the new tool for digital field mapping that work on the two main mobile platform. To describe how it works, Silvia made a video which I uploaded to my VIMEO channel. Unfortunately it is in Italian.
Hoping soon we will have one in English. All the best!
Posted by About Hydrology at 5:18 PM