I worked on landscape evolution twenty years ago, mainly during My Ph.D. studies. My literature reference at that time was Bill Dietrich’s one. It would be interesting to know how his collection changed in time te get it updated. My perspective moved in recent years more to Hydrology, but some of the ideas that I collected remained in the background of my mind, and informed my subsequent research.

Looking now at it, I can say that my work on LEMs followed two main path.

The first direction was to prove and consolidate analysis tools (my lessons, in Italian, here). These tools (in general, I mean, not specifically mine) do not have evolved much since then, if we exclude that the availability of high resolution data implied some adaptation and offered some opportunity.* They remain the first step, to assess the result of models. In the past I had the impression, that some theories had credit for the insufficient control on  geomorphic characteristics that now can be easily detected.

The second direction was to look for the processes that generate landscape evolution. In my work, the triggering mechanism was channel initiation, counteracted by hillslope-diffusive processes. The first generating fractality, the second destroyng it. However, I soon realise that, in practice, this was interesting but too simple, and certainly the process is mediated by the soil production. So, in my new hypothetical model I would put soil/sediment production in, to limit the landscape change (maybe was this the detachment limitation implied by A. Howard ?).
The ability to produce soil would differentitate different climates/geological situations. I use both because, it seems to me, that they do not act separately. 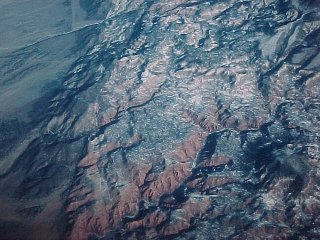 In any case, landscape evolution models usually do not treat  mass wasting  (see also here for other contributions) and usually the effects of the cryosphere (but I could be out-of-date on that side).  Mass wasting is threshold dependent, and the threshold depends both on soil/sediment and climate again. While in other aspects climate probably enters in the picture with  mean properties (this phrase can look a little bit weird, since climate is the supposed mean of weather ) of temperature and precipitation, mass wasting is dependent on the statistics of extreme events which cause soil/sediment failure and transport.
On the effects of the cryosphere I remember a paper by David Montgomery on the height limits of mountains that introduced the effects of ice and glaciers (another paper is here).
So my next ingredient in the picture would be to have a statistically controlled set of precipitation (a topic on which there is great knowledge) and a set of rules for determining the triggering of mass waste events, and their magnitude. Statistics exist on that aspect that can be used appropriately.

As I told above, on the actions of the cryosphere I do not have clear indications, but it is known that it has huge and persistent effects ( called paraglacial inheritance), which clearly we did not accounted for in our previous work. Maybe a first approximation would be to avoid glaciated area, but mountains mean, maybe not for much longer, snow and ice.

I am not forgetting to give a little  substance to Tom Dunne phrase:" it is all about climate and tectonics ". My references ob this topic are limited to a recent paper on river and tectonics, published in Nature Geoscience, that felt causally under my attention (referenced here). Some preliminary thinking of mine is also in this  invited poster at EGU 2010.

Last, but not least, ecohydrology has an important role.  There is a persistent trend among fluvial geomorphologists (BTW this is "another" geomorphology type) to consider the effects of vegetation on creation of meanders, bars, and forms. These effects are lived by geographers in the qualitative mood of taking pictures, doing surveyings, writing long an beautiful descriptions, but my shallow opinion is that all of  it could be pursued more quantitatively, by doing models.
On this topic,  this paper criticised the assumptions of a paper of mine (Ignacio's, Andrea's, Bill's) modeling, I think with some argument.  Vegetation, therefore should be included in new models.

Coming to  more practical arguments, I was a producer of conceptual models. That story is well documented. Instead looking for more process based models, l can remind the one developed by Gary Wilgoose (see here) with Raphael Bras. While the main actor in developing it was certainly Greg Tucker, Raphael was certainly involved also in the development of CHILDS, another remarkable example of modelling, which can be taken as null hypothesis for any further development (it contains also a treatment of vegetation, but I doubt of the cryosphere).
I have to warn that the above models are mostly of the fluvial transport type of models, and they do not embed many of the features I listed as relevant above. So, definitely there is a lot of room for new works and developments.

* - Well, I think that the work of Stefano Orlandini on the detection of drainage directions, and arrived recently, is important and definitive. But sooner or later I will do a more detailed post on the subject of "geomorphometrical" tools.
Posted by About Hydrology at 12:05 PM