I receive from Matteo Dall'Amico and I publish the following instruction to compile GEOtop 2.0 on Mac OS X. For Linux see this other post.  Now, actually, there is a more recent guide that you can find here. Refer to this one just in case of problems.

# Install the following packages (or verify you have them already):

This will include to install the Developers tools,  Homebrew and other required libraries. See instructions here

#Check if you have git, otherwise install
brew install git

If you do not have installed before, from CMake website. When you start it a window as the one below appears: 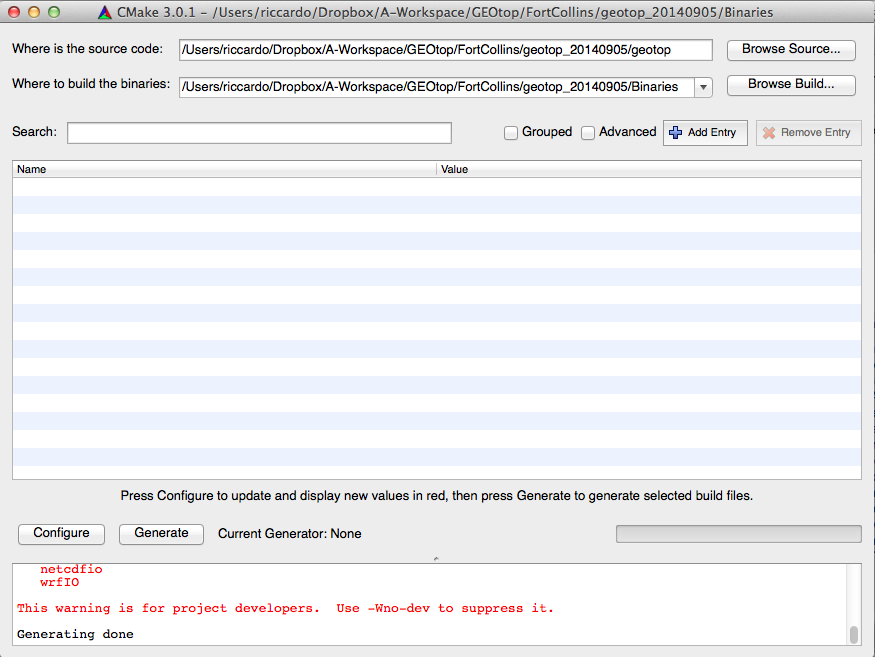 Please, observe that, on top the path to source code has been specified, and just below, the path to binaries. click the Configure button to configure the Cmake. If not already present, add the path to MeteoIO libraires: /usr/local. After configuration, the screen should appear as below: 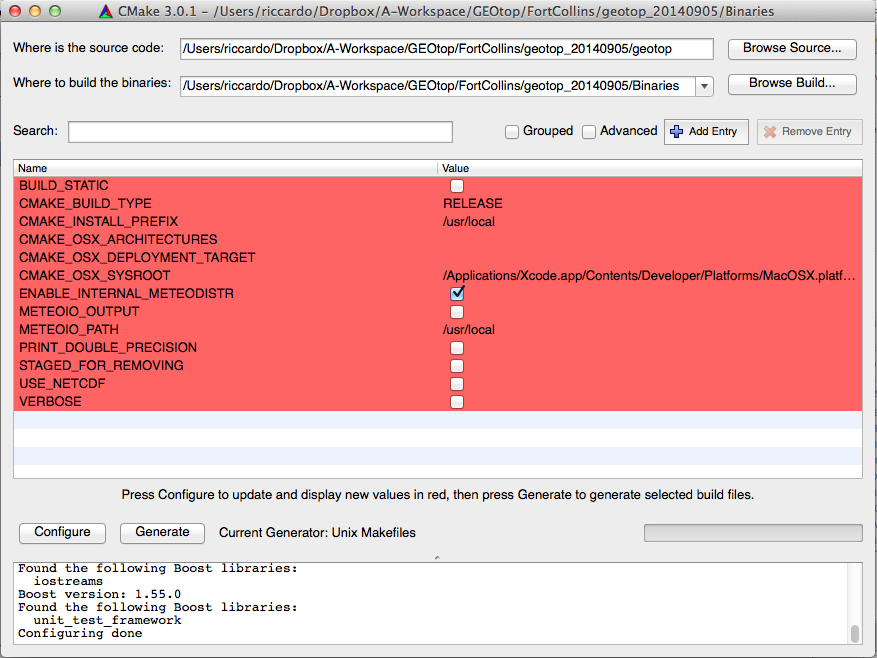 To process the file, Press Generate. This will generate, in the directory (folder) selected for binaries, the Makefile

In terminal cd to the directories were binaries will be created anc check if the Makefile is present. Issue the command:


# copy either using Finder Window or Terminal commands the binaries files generated to a standard place.
I chose "/usr/local/GEOtop".
This directory is actually not a standard one, However, I placed a symbolic link into /usr/local/bin, which is a directory usually already present in the Terminal path.

cd to the directory (folder) tests/test_sample_run/small_example (for instance this, among the others)
Issue:

If you did it well and the goddess of programmers assisted you, it should work, as it did for me.
Posted by About Hydrology at 8:38 PM