Atlas of Mortality and Economic Losses from Weather, Climate, and Water Extremes (1970-2012)

With the limits that these large scale project have, which is neglecting most of the micro-phenomena, as small landslides, that causes huge economical losses, and several life losses, this is, however, a reference to keep in mind when talking about climate related hazards. 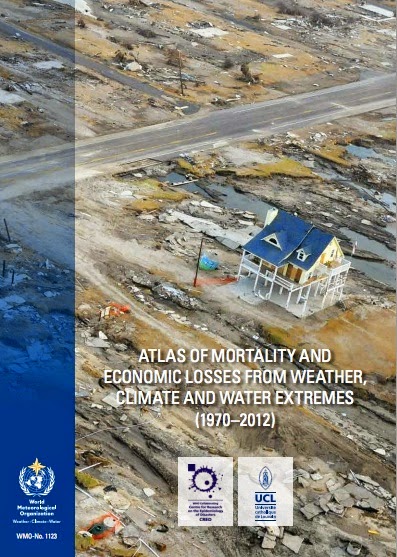 It was produced by WMO and it is available here. As it reports in introduction:
"Weather, climate and water-related disasters are on the rise worldwide, causing loss of life and setting back economic and social development by years, if not decades. From 1970 to 2012, 8 835 disasters, 1.94 million deaths, and US$ 2.4 trillion of economic losses were reported globally as a result of hazards such as droughts, extreme temperatures, floods, tropical cyclones and related health epidemics, according to a new report."
Posted by AboutHydrology at 7:06 PM