What is life ? (by Erwin Schroedinger) and Hydrology

The excuse for this blog post was the reading of an old (1944) little book entitled “What is life ?” by Erwin Schroedinger. It presents the point of view of a physicist on life, before the discover of DNA, and actually influenced the subsequent research by Watson and Crick.
My reading, besides being influenced by a general curiosity, had a scope. Hydrology, especially in its very modern declination called ecohydrology (see also here) has a lot to do with the complexity of physical, chemical and biological interactions.  However even the more physical aspects of hydrology deployed in space, present patterns, heterogeneities, feedbacks that are by themselves of an overwhelming degree of complexity. Therefore getting the method there, for life understanding,  could help for a method here, in hydrology.  The whole book is all enjoyable, however, my commentary here covers mostly three chapters, the first and the sixth, and very little the seventh.  Excerpts from the book are in italics, my own notes in normal characters. 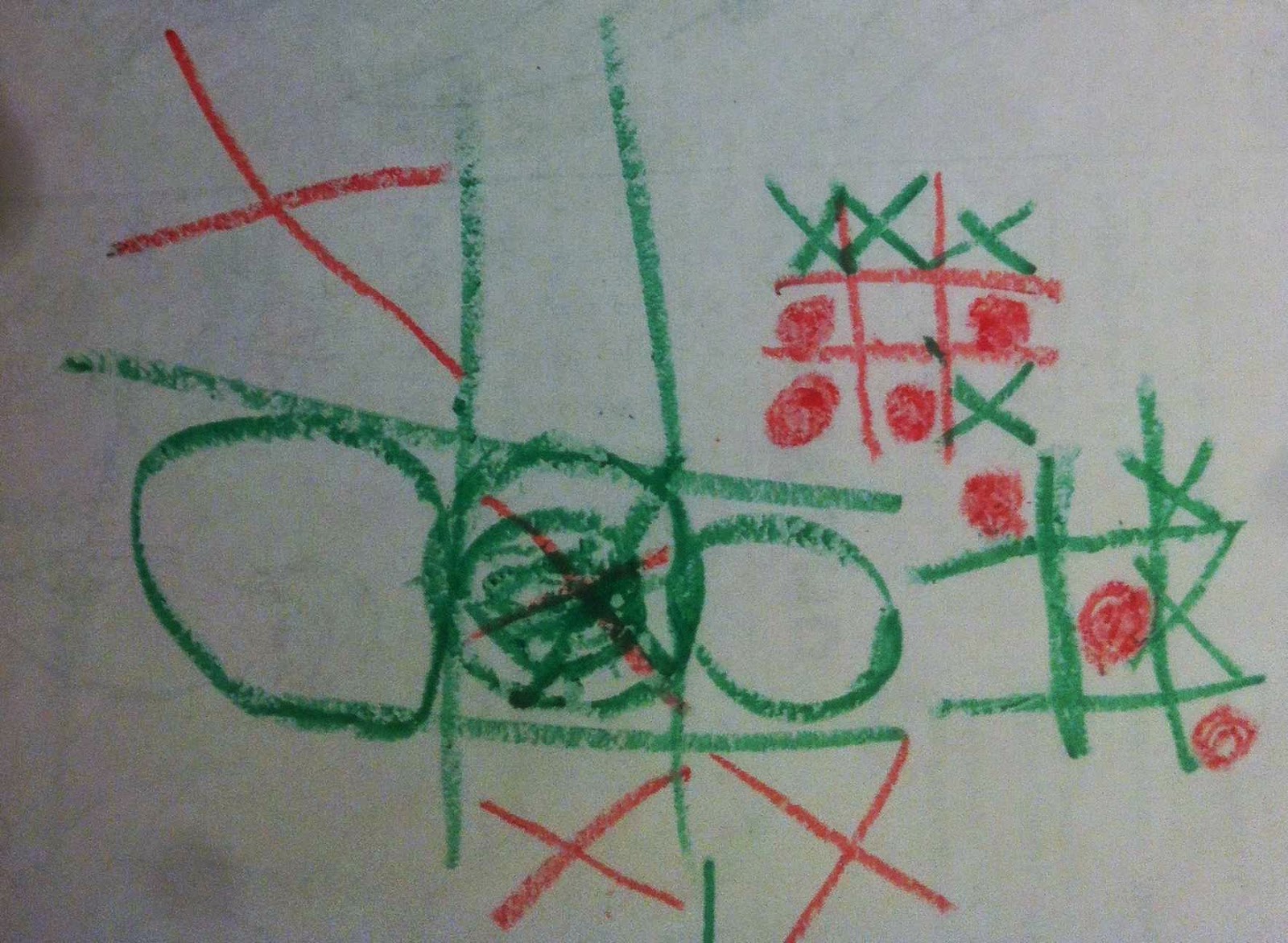 CHAPTER 1 - The Classical Physicist’s Approach to the Subject

“.. though warned at the outset that the subject-matter was a difficult one a …, even though the physicist’s most dreaded weapon, mathematical deduction, would hardly be utilized. The reason for this was not that the subject was simple enough to be explained without mathematics, but rather that it was much too involved to be fully accessible to mathematics.”

Here  I see a parallel with many hydrological processes, say for instance, the hillslope processes. Many outstanding colleagues support the idea that the physics of the argument is too much complex to be treated mathematically.

“The large and important and very much discussed question is: How can the
events in space and time which take place within the spatial boundary of a living organism
be accounted for by physics and chemistry? The preliminary answer which this little book will
endeavor to expound and establish can be summarized as follows: The obvious inability of present-day physics and chemistry to account for such events is no reason at all for doubting that
they can be accounted for by those sciences. “

Now, just substitute to “living organism”  “river basin” and you have an answer to the first question for hydydrology. It is indubitably that actually, in these seventy years, passed by the publication of the book, also biology itself, and molecular biology in particular did a lot of steps in the direction traced by E.S., as is, at the same level, clear that hydrology processes knowledge, and the establishment of Hydrology as a physical Science, since the work by P. Eagleson, made extraordinary jumps forward.

“Yet the difference which I have just termed fundamental is of such a kind that it might easily appear slight to anyone except a physicist who is thoroughly imbued with the knowledge that the laws of
physics and chemistry are statistical throughout.”

This statement applies verbatim to Hydrology.

THE NAIVE PHYSICIST APPROACH TO THE SUBJECT

“I propose to develop first what you might call 'a naive physicist's ideas about organisms', that is,
the ideas which might arise in the mind of a physicist who, after having learnt his physics and, more especially, the statistical foundation of his science, begins to think about organisms and
about the way they behave and function and who comes to ask himself conscientiously whether
he, from what he has learnt, from the point of view of his comparatively simple and clear and
humble science, can make any relevant”

Substitute “organisms” with hydrology, hydrological processes, watersheds, at your convenience.

WHY ATOMS ARE SO SMALL ?

“Why are atoms so small? … Suppose that you could mark the molecules in a
glass of water; then pour the contents of the glass into the ocean and stir the latter thoroughly so as to distribute the marked molecules uniformly throughout the seven seas; if then you took a
glass of water anywhere out of the ocean, you would find in it about a hundred of your marked
molecules. ”

Besides being a truly hydrological example, attributed to Lord Kelvin, it also envision the scales of hydrology from molecule (in the quantum domain) to oceans (the so call, global hydrology).

A REMARKABLE GENERAL CONCLUSION FROM THE MODEL

“From Delbruck's general picture of the … substance it emerges that living matter, while not eluding the 'laws of physics' as established up to date, is likely to involve 'other laws of physics' hitherto unknown, which, however, once they have been revealed, will form just as integral a part of this science as the former.”

Substitute Delbrucks’s with “modern Hydrology’; “living matter” with “hydrological processes”. Where these other laws are, is the new frontier of hydrology. A frontier, already envisioned by some time indeed, because, I cannot deny that I can see in it the “Gold medal search” of Ignacio Rodriguez-Iturbe own work.

“ When a system that is not alive is isolated or placed in a uniform environment, all motion usually comes to a standstill very soon as a result of various kinds of friction; differences of electric or
chemical potential are equalized, substances which tend to form a chemical compound do so,
temperature becomes uniform by heat conduction. After that the whole system fades
away into a dead, inert lump of matter. A permanent state is reached, in which no
observable events occur. The physicist calls this the state of thermodynamical equilibrium, or of
‘maximum entropy' “

There is poetry in this sentence: but it could be subtly imperfect: natural systems usually work under disequilibrium conditions. In fact E.S. remarks it later in the chapter. However, not only living organisms but also eco-hydro-systems work the same way, even if at a more aggregate and “higher” level of organisation. Organisation of spatial physical systems, like river networks, and hydrological interactions work the same way, and often they show the same type of complex organisation. For their organisation, obviously, we would less inclined to talk about evading equilibrium conditions, and there we would be probably correct, but at the same time a little wrong …

IT FEEDS ON ‘NEGATIVE ENTROPY’

“By eating, drinking , breathing and (in case of plants) assimilating. The technical term is metabolism. The Greek word means change or exchange. Exchange of what? Originally the underlying idea is, no doubt, exchange of material …That the exchange of material should be the essential thing is absurd …  For a while in the past our curiosity was silenced by being told that we feed upon energy …Needless to say, taken literally, this is just as absurd. … Every process, event, happening -call it what you will; in a word, everything that is going on in Nature means an increase of the entropy of the part of the world where it is going on.”

I do not completely agree with the phrases excerpts. E.S. himself, in commenting further, does move out of this strict vision. Entropy represents uncertainty of kinetic energy microscopic configurational space. However, it is driven by energy which is, as well as mass (because space-time is locally hyperbolic and we work in non relativistic conditions), conserved. Is just the feeding up with heat that move water from a less entropic state (ice) to a more entropic state (vapor). Once in an energetic state, water molecules configuration is the most probable (more or less), but as experience teaches, the way the passage between energetic states is obtained, can strongly affects the final “metastable” configuration (and, for instance, snow flakes, are an example). So for living systems, as well as for the hydrological fluxes and states, metastable, out of equilibrium states are the key. Once the systems are not anymore fed up with mass and energy, the system decay to a stable state, which is, at the same time a state of feasible minimal potential energy and  feasible maximum   entropy. Metastability is intrinsic to everything. The universe itself, as we conceive it, is a metastable state  that moves out of the Big Bang. It would be an oddity if the same would not be true for hydrological fluxes.

CHAPTER 7 - Is Life based on the Laws of Physics ?

The tile itself is compelling. E.S. certainly opens many question as: NEW LAWS HAS TO BE EXPECTED IN THE ORGANISM. He concludes that new laws are to be expected emerging (but the word meaning was not there seventy years ago) from disorder, or organising the new order appearing at macroscopic scales:

“The orderliness encountered in the unfolding of life springs from a different source. It appears
that there are two different 'mechanisms' by which orderly events can be produced: the
'statistical mechanism' which produces order from disorder and the new one, producing order from order”

The same type of problematics can arise even in watershed hydrology (read the title: Is Hydrology based on the Laws of Physics ?). The current practice declares that the collective work of many water molecules, and their interactions can be describe under certain circumstances, by macroscopic laws, in which the collective behaviour, the spatial structure of the problem, or other situations, are more important than the simple molecular dynamics (think to the residence time interpretation of the Instantaneous Unit Hydrograph, for the Italians, here, or, remaining on the same topic, the fact that the hydrologic response is mainly determined by the geomorphic organisation, than Navier-Stokes equation)

In the “THE NEW PRINCIPLES ARE NOT ALIEN TO PHYSICS”, E.S. in fact claims that the new physics is still physics, even if, in some sense, super-physical.  He seems to me  in a search, that is not certainly concluded, of  a unifying principle for understanding the stratification of reality, even the physical one,  in layers, each one governed by its own rules. This was enunciated more recently (translation into English is mine) as follows:

“ We cannot deny that our universe is not a chaos; we recognise being, objects thet we recall with names. These object or things are forms, structures provided of a certain   stability; fill a certain portion of space and perdure for a certain time …”
(R. Thom, Structural stability and morphogenesys,1975)

The search for scaling, scale invariance and scale breaking in hydrology, that made history in the last two decades,  was the analogous search of understanding these higher levels of organisation of the hydrological processes that still are quite elusive indeed.

On the same topics of What is life ? I found also the Ph.D thesis by Nathaniel Virgo , entitled “Thermodynamics and the structure of living systems”. He is also author of interesting papers referred on his website.
The thesis, besides, E.S. works cites also the previous work by Morowitz and an interesting paper by Schneider