A question a day ... about infiltration

One of my colleagues asked this morning the following:  I would like to insert in my model a module for infiltration and redistribution of water in soil. I obviously was thinking to a simple solution. For instance inspired by the paper by Iverson (2000) on which you work times ago. What do you suggest ? 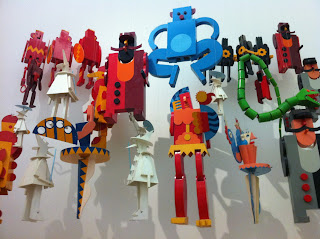 among the simplest solution I would use the Philip's one, or just a little more complicate, the analytical solution from D'Odorico et al., 2003. That solution derives from a linearization, and in the case you use variable precipitations, you must convolve the kernel solution with them, as indicated in the paper (the same as in the IUH).

Increasing the complexity of what you could do, next step would be to numerically solve the Richards 1-D equation, and integrate this solution with a simple solution of the water table movement. For a rigorous derivation see the paper Cordano and Rigon, 2008. The model TRIGRS uses more or less this strategy.
With Emanuele Cordano I also implemented a model for solving the Boussinesq equation with a rigorous and fast method. This could be a solution for the water table movements after infiltration, if you are not satisfied with steady state solutions (http://abouthydrology.blogspot.com/2012/01/solving-boussinesqs-groundwater.html). This last one does not have yet a module for infiltration.

Other would suggest to use Green-Ampt solutions: but I do not see any advantage to use it with respect with the above ones. Perhaps some gain in speed but certainly no gain in clarity. Obviously the simpler the solution, more the parameters must be considered variables to be calibrated ex-post. The assumptions on which they (the parameters) are assumed constant are, in fact,  not really supported by reality, and made for being able to use analytical solutions.

P.S. - Many in the past (And in the present) use the Curve Number or SCS method. This is a case of pure mimesis of the behavior of infiltration. However, when calibrated, and in certain conditions, the method "works". I hate solutions that just work, but this in particular works, in my opinion for two  reasons: someway it accounts for soil cover (when we usually say infiltration, in reality we have the coupling of interception,   through-flow and,  eventually, infiltration), and, besides, the introduction of an initial abstraction accounts for the fact that the lateral flow is triggered only when there is a little of water table over the bedrock  (http://abouthydrology.blogspot.com/2011/09/on-relative-role-of-upslope-and.html, and http://abouthydrology.blogspot.com/2012/01/simulated-effect-of-soil-depth-and.html)

Posted by About Hydrology at 12:00 AM