A little, non conclusive, reflection on the non-linear evolution of hydrology (and science)

It seems that some science (and our in particular, where isolating experiments is often impossible and we have to deal with complexity and just observations) proceeds upon tradition accepting it passively and without discussion of the mainstream ideas, and there is a large inertia to adopt new views. Legacy to old and even wrong ideas has its own reasons. First they were not completely unreasonable (but people apply also to unreasonable ideas with absolute dedication, which is so diffuse that, I guess is due to some evolutive selection). Then, after a first acceptance by the community, a lot of people adapted their work, calibrated their parameterizations, designed their experiments and push them to the limit before accepting the idea that new paradigms are necessary. I think some reflected on this before (i.e. Kuhn, The Structure of Scientific revolution, 1962)
However, this reflection came to me by a couple of readings: the paper on the 23th problems in hydrology (Bloeschl et al., 2019), which I coauthored with other 200 or so and observing the case of evaporation from capillaries. Let’s start from the latter case. 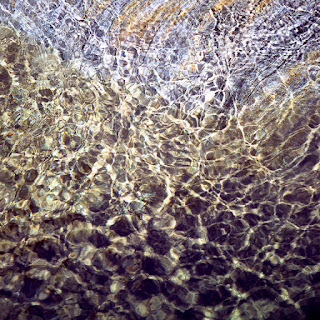 Some theory was known since 1918 and 1921 with the work of Lucas (1918) and Washburn (1921), e.g. in Ramon and Oron, 2008. For what it seems it has not been used for a century in studies about soil water flows or plants xylem motion despite it could have had some contents to promote. In particular to increase the knowledge in the cohesion-tension theory. Textbooks struggle to find the reasons for which plants can develop depressions so high as -30 MPa (Strook et al., 2014) and, using the statics physics contained in the Young-Laplace law, need to find nanometer interstices in leaves to get this results (even the notable Nobel, 2017, book). These papers failed or, a least, are not convincing me. I believe the cause is purely dynamical and driven by atmospheric demand as those old papers would suggest. Why almost nobody referred to those old papers and argued accordingly ?

The 23th open questions in hydrology, while letting me unsatisfied, brought to me thinking which are the achievements of Hydrology since Green-Ampt (Buckingham, Sherman, Richards), let say the first part of the XX century, to get a perspective. To a superficial reader it could appear that a lot was already there and therefore we did not assist to any “scientific revolution”. It is really clear to me that to really understand it, we should reread the old papers, with appropriate eyes, though. In our paper on IUH (Rigon et al., 2016), we claim that we tend to read old contributions with contemporary view and see in pioneering papers concepts that were not actually there. The list collected by various authors in benchmark papers selections can also be a place were to start. Appropriate analyses has to be done (and interest in History of Hydrology is growing) to fully understand ourselves as contemporary hydrologist.
I have to reflect and read a little more.

Posted by About Hydrology at 12:16 PM