Interest around urban hydrology has been growing steadily during the last years, and recently had the opportunity to be published in large diffusion scientific journals as Nature. For years the mainstream hydrology has mostly dedicated its attention to "natural" catchments, while considering of secondary importance what happens in cities. Now that most of the people live in cities, and humans are clearly a global agent that affects climate and the whole Earth System, urban hydrology start to be seen under a different light. How works hydrology in cities ? And, for my own interests, how to model and eventually design cities' hydrology ? 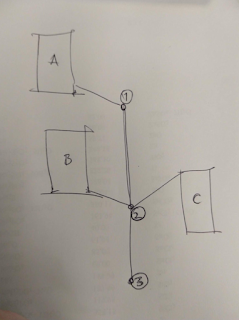 My starting point is that good tools developed for generic hydrology should work also for cities. However, over the years some tools specialised for cities and captured the attention of the community of researchers that dedicated to it. Among those is EPA SWMM v5.1.
Actually, EPA SWMM is a rainfall-runoff model but its developer added tools for treating cities specifics, excluding,  a real system for designing storm water networks, a.k.a. pluvial sewers.
With the Master Thesis by Daniele Dalla Torre faced this issue to add to SWMM a designing tool, based on a simplified geomorphic unit based approach. In the meanwhile he found reasonable to port most of SWMM to Java and to embed it in OMS v3. Therefore SWMM became JSWMM and it is available at the GEOframe repository JSWMM inherit everything from SWMM and its i/o files can be run as they are in SWMM. JSWMM clone of SWMM has some evolutionary advantage with respect to SWMM (a part from the designing module which is not existing in the original). Inside JSWMM, in fact, any draining area is processed in parallel from the others, using the Net3 algorithms and this parallelism is made without any intervention of the user. Besides, in future, any appropriate module from GEOframe, could be used to estimate the desired element of the hydrological cycle. Including Richards-1d for infiltration or the coming soon 2D de Saint-Venant module.

No manual is actually ready but the draft of his master thesis (in English) can be used to understand JSWMM internals and his dissertation presentation can be used for the same scope.

Material (to be uploaded soon)

Posted by About Hydrology at 6:11 PM