I am starting to rewrite S.R. de Groot and P. Mazur, (dGM) Non-equilibrium thermodynamics book. Better, at the moment, I am trying the rewrite its PART A. What do I mean for rewriting ? Mostly two things: the first that I want to learn what it says, driving a slower dance with it, and the second is that I do not fully endorse what I understand so far from it. My differentiation is especially about the role of entropy, which, I think, is treated in a way that strongly derives from the idiosyncrasies of the equilibrium thermodynamics. I already wrote jointly with Matteo Dall’Amico something about thermodynamics, and possibly the two flows could merge in one final product. My goal is not thermodynamics, per se, but the thermodynamics of the hydrological cycle, of which I am a scientist. I believe that thermodynamics has to evolve towards a science of dynamical structures that allows for describing fluxes of information, besides energy and mass, with the final goal to understand ”life organisation”. The latter, however, is for future people. I will attack only water movements, and, maybe, some related cycles, as the carbon cycle. However water flows through plants, an plants are life. So let’s see where I will could arrive in the next fifteen years.

In what follows, what between ” ” is a verbatim transcription of dGM book. I believe their material is copyrighted, however, mine is distributed under CC license 3.0 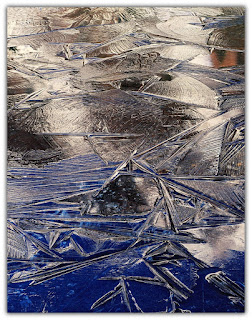 You can follow the growth of the book while I am writing it, and comment it, if you like. To this scope I am using the Authorea tools. So:

Posted by About Hydrology at 7:02 PM