Is possible to get the runoff for European Countries ?

This is a conversation between two groups of the CLIMAWARE project of some general interest. Further information about global or continental scale hydrology can be found in some previous posts.

we are writing about the data we need for the project CLIMAWARE.

The objective of out analysis is to estimate the impacts on agricolture of modification of:

1)  soil use
2)  anything due to the changed water availability as a consequence of the climate change.

We are thinking to consider two time frames, the first up to 2020, the second up to 2040 (this because the estimation of soil use variation are available for these two dates and to do an analysis on the national scale for all the Countries of the European Community. 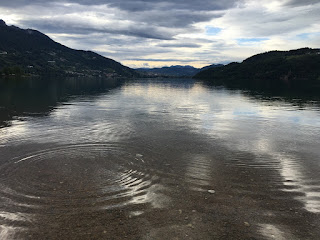 for what I know, there are not detailed projections at this scale. I saw studies on the largest basins (as  Danube) where all is solved by putting R = P- E (runoff = precipitation - potential evapotranspiration). For what I know, nobody looks at the national scale, for the reasons that the river basins do not coincide with nations areas.

There are regional studies (not about the countries but  for Southern Europe, for instance) made by Giorgi’s group or by Julich’s colleagues using their Earth system model.

Dear Martina,
what you are opening is a Pandora’s vessel. I try to explain it better. To deal with water availability at European scale, there are many different approaches. The simplest is to do a hydrological budget simply by using the available climatic projections. Alternatively, one can use hydrological models working at pan-european scale that can be fed directly by the projections themselves. For any of the choices the real problem is selecting the right forcings. There isn’t a reference dataset: there are various “ensemble” of simulations derived from various climate models, each one of them following a different pathways scenarios.  The reference initiative for Europe is Euro-cordex that gathers the modelling work of various research groups that perform experiments with global and regional climate models, and scale down the results from a coarse grid of 125 km to one of around 25 km (see the pdf). Considering the results of these models one should observe that usually they have strong biases that need to be corrected. Otherwise the water budgets can be extremely wrong. For what I know, inside the Euro-Cordex group there are groups that are examining and providing scenarios by using various techniques of bias correction, but I am not sure that they are already available and usable.

If your interest is to have annually aggregated data by country, I personally would not explore thid road because I believe that the effort to contact the active groups, download huge datasets and precess them could be overwhelming.

I would try instead to contact groups that already have hydrological models setup at European scale and are already estimating climate change impacts. Alberto mentioned the Julich group, but another possibility could be JRC. They have their model LIFSFLOOD set up at 5*5 km of resolution (and it could be that they already have used it to do some impact studies).  At this point you should ask for they to send some gridded data of runoff and afterwards aggregate them at country level.
Posted by About Hydrology at 9:55 AM