GEOtop History up to its first public release: Part 1

``As scientists we are intrigued by the possibility of assembling our knowledge into a neat package to show that we do, after all, understand our science and its complex interrelated phenomena.'' (W.M., Kohler, 1969).

I robbed this statement from Keith Beven's [2000] book: Rainfall-Runoff,  the primer, because it clearly represents one of the motivations that stand behind the development of GEOtop.
As some of you may know, versioning, at the beginning of GEOtop development followed the geometric series of two. First version was  0.5, second 0.75, third 0.875, and so on.  The message was that such a model solution is never definitive (the version 1), and, besides, I was always intrigued by the Zeno's paradox, and by the versioning system of TeX (asymptotically approaching up Pi) and LaTeX (moving up to number e).
Who follow upfor the main development decided to change the versioning with a more normal sequence. That was the first public edition. Further details of this history can be found in the presentation I gave in Princeton CHAMDA II 2004, and can be found here in a revised version. 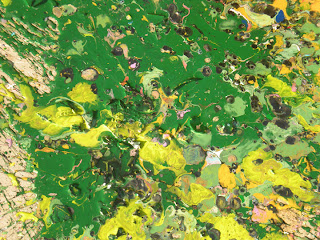 The development of the first version of GEOtop (0.5) was mostly financed by the Autonomous Province of Trento through the Serraia project, and by the Italian Ministry of Research and University through the Cofin 1999 project.

The very first step was  reading and reading again  the Dara Entekabi review of modeling the whole hydrological cycle [e.g. - Marani and Rigon (eds), 1997]^1, and the development started with  the master thesis of Paolo Verardo, and his subsequent work in 1998. Around a year was spent to implement a decent model for evapotranspiration in a complex terrain environment, according to the Penman-Monteith (PM) scheme (find the formula either in Dara's lecture above, or in my lecture here), and all the necessary incoming radiation treatments. All this work was not dedicated to the PM formula which was obviously trivial to implement, but to find a proper estimation of the radiation, which included the view angle and the shadowing routine.^2

The  problem of data  regionalization (the only data we had were those coming from traditional hydro-meteorological stations in single points and we did not have many of them) was faced for the first time.
A part from the geomorphological data that we extract from DEMs (the "sine qua non" basis of all our work), we had to regionalize (make spatial): air-surface temperature (varying  with the elevation of the terrain), net radiation (and eventually by the evaluation of an atmospheric thickness which has to be regionalized too), and wind speed.

In sequence it was decided to use: kriging  techniques and the hypothesis of adiabatic temperature profile (for air temperature)^3;  Brutsaert [1983] paper results (for atmosphere emissivity)^4,  and constant (or occasionally kriged) wind speed everywhere. This was performed through the use of external programs.

The heat conduction into the ground was parametrized as a linear combination of a sinusoidal function as Entekabi suggested [1997] . That work  was also inspired by the routines  of IPW (Image Processing Workbench) [Frew, 1990].
Actually we tried to make IPW work concurrently with the borning GEOtop: but its pervasive scripting base (scripting is good but there is a point after which it makes the code organization unclear), the discontinued support, and ignorance of IPW code internals (and just ignorance), led us to built a new system from the scratch.

Despite of the approximations introduced, GEOtop 0.5 model worked fairly well in estimating the net longwave and shortwave radiation in any point across a basin and at any hour of the day, and could give also what appeared to us reliable estimates of the potential evapotranspiration on a daily basis. However to obtain the real evapotranspiration was a different question (and, obviously, to validate it, even a different one).
Marco Pegoretti [1999] added to the evapotranspiration modules a rainfall-runoff model (temporary called GEOMODEL). The approach we had to the problem of rainfall-runoff  was strongly influenced by the work of Rodriguez-Iturbe and Valdes [1979] and Gupta and Waymire [1980],  and we were reluctant to abandon the simplicity of a GIUH-based model in favor of a fully distributed model (that we made later).

Of the many ideas behind the theory of the GIUH  derives from the observation that the river basin is a complex system (an interplay of hillslopes and channels) but, at least for the forecasting of floods,  simple models work fairly well (leading to the conclusion that dynamics simplify the complexity and wipe out part of the heterogeneity underneath)^5.

The big problem in the GIUH approach however was (and is) that the determination of the effective rainfall, i.e. the correct separation of surface runoff (interpreted as the cause of the flood surge) from subsurface flow (which must be actually treated separately and routed to the channels in a slower way), especially in dependence of storm events of diverse intensity, duration and inter-arrival time.

A model more or less contemporary to the GIUH is the TOPMODEL by Beven and Kirkby [1979]. It is based on the paradigm that runoff production is due to saturated areas (according to Dunne and Black, 1970). Thus, once one knows which areas are saturated and describes their growing during an event, the problem of the runoff coefficient is almost solved,  and routing of water to an outlet can be accomplished by some simple mechanism (the Muskingum-Cunge model at least in the original TOPMODEL papers).^6

Thus, an idea could have been to merge the best of the two formulations, the GIUH concept with the TOPMODEL. However the hypotheses on which the TOPMODEL has been based, mainly the stationarity of the hillslope subsurface fluxes,  simplifies the life of the modeler, but introduces several limitations, and needs several work-around as described in  Beven et al., [2002] to be applied with success. In fact, when the final goal of modeling,  is not simply the production of a well-fitted flood wave, but for instance the estimation of local soil moisture contents, the TOPMODEL fails to be accurate enough [e.g., Grayson and Wilson, 2002].
Due to its limitations, the TOPMODEL's parameters  become "effective'' parameters, and lose their original physical significance (for instance, the hydraulic conductivity cannot be validated by local field measurements), and need to be "calibrated" ex-post. Other limitations will be mentioned below when talking about the GEOTP 0.875 version. In any case, the TOPMODEL concept has been demonstrated to be a good tool to model floods in small-to -medium catchments, and has been considered the reference hydrological model for many of the researchers during the '90s. The TOPMODEL's ability to forecast floods derives also from its account (trivial indeed) of the topology and geometry of small- catchment flow paths: it was shown, in fact, that in small watersheds (up to at least 1000 square kilometers), hillslope residence time dominates the characteristic time of flood formation and that topology and geometry of river basins are sufficient with very minimalist dynamics to explain the shape of floods [e.g. Rinaldo et al, 1991; Rigon et al, 1996, Rinaldo et al., 1995, D'Odorico, 1996; D'Odorico and Rigon, 2003].

Upon all the above arguments, it was decided  to build a completely new subsurface and surface model, still driven by gravity (i.e. by topographic slope as the TOPMODEL and not by the total hydraulic head) but, as a first approximation to the final wishes of having a better physically-based theory, introducing the buffer to cope with infiltration into the vadose zone.  Subsurface flow was produced only by the saturated layer (including the capillary fringe), if present, and lateral surface runoff was routed as a kinematic wave (and through Manning/Gauckler-Strikler equation for velocities).

In doing this, it was also tried  a better characterization of flow paths, with reference to the bedrock, instead of to the surface topography [see McDonnell et al., 1996]: this could be done by measuring soil depth or interpolating it for instance as in [Heimsath et al, 1997 or Roering et al, 1999; please see the overlooked  Bertoldi et al, 2006 for the details].

In this separation of surface and subsurface fluxes, GEOtop 0.5 was similar to the grid bases THALES [Grayson et al., 1994a,1994b] or the more recent NEWTHALES.

At first, the version of GEOtop by Verardo-Pregoretti-Rigon (GEOTOP 0.5) could work without an explicit channel routing by assigning a locally variable roughness and hydraulic radius; if channels were determined by accurate topographic analysis, they could be explicitly treated.

In this case, channels routing was performed by a GIUH theory as in Rinaldo et al [1995], where channel celerity and hydrodynamic dispersion were  considered spatially uniform and constant in time.

Instead of the effective rainfall, the spatially and temporally distributed input to channels was produced by GEOtop, i.e. the GEOMODEL produced patterns of spatially distributed soil moisture, and these patterns were used to reduce the potential evapotranspiration to its real counterpart as described in Bertoldi et al., [2002].

^1 - MIT's group, on the other side had a long tradition in this direction of modeling that originated from Pete Eagleson work in late seventies and eighties. Dara's talk in fact inherit a lot from that work. Raphael Bras, Dara Entekabi, Valeriy Ivanov, Enrique Vivoni and others themselves  implemented a model similar, in concepts, to GEOtop, tRibs.

^3 We still use kriging, but also Glen Liston's Micromet [Liston and Elder, 2006] and MeteoIO

^5 But this is to many respect debatable, since this statement refers to the closure of the basin, and from this going back to forecasting the internal distribution of discharge is impossible. Keith Beven wrote a lot on this.

^6 Research subsequent to TOPMODEL, including ours (e.g. Lanni et al., 2011, 2012 for a review of problems and literature, and Cordano and Rigon, 2008 for a top-down derivation of TOPMODEL related equation from Richards' one) , clarified many of the limitation behind TOPMODEL approach.
Posted by AboutHydrology at 3:59 PM