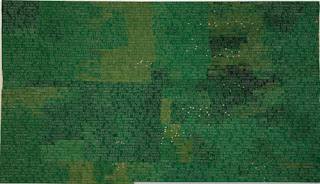 classification by order of magnitude is the most common method for classifying information relative to a certain category, in the case of rivers, size can be understood to the power of one, two, or three, that is, it can be expressed in km, km2, or km3 (length, catchment area, or discharge), the length criterion is the most arbitrary and naive but still the most widespread, and yet it is impossible to measure the length of a river for the thousand and more perplexities that its fluid nature brings up (because of its meanders and its passage through lakes, because of its ramifications around islands or its movements in the delta areas, because of man’s intervention along its course, because of the elusive boundaries between fresh water and salt water...) many rivers have never been measured because their banks and waters are inaccessible, even the water spirits sympathize at times with the flora and the fauna in order to keep men away, as a consequence some rivers flow without name, unnamed because of their untouched nature, or unnamable because of human aversion (some months ago a pilot flying low over the brazilian forest discovered a “new” tributary of the amazon river). other rivers cannot be measured, instead, because they have a name, a casual name given to them by men (a single name along its entire course when the river, navigable, becomes means of human communication; different names when the river, formidable, visits isolated human groups); now the entity of a river can be established either with reference to its name (trail of the human adventure), or with reference to its hydrographic integrity (the adventure of the water from the remotest source point to the sea, independently of the names assigned to the various stretches), the problem is that the two adventures rarely coincide, usually the adventure of the explorer is against the current, starting from the sea; the adventure of the water, on the other hand, finishes there, the explorer going upstream must play heads or tails at every fork, because upstream of every confluence everything rarefies: the water, sometimes the air, but always one’s certainty, while the river that descends towards the sea gradually condenses its waters and the certainty of its inevitable path, who can say whether it is better to follow man or the water? the water, say the modern geographers, objective and humble, and so the begin to recompose the identity of the rivers, an example: the mississippi of new orleans is not the extension of the mississippi that rises from lake itasca in minnesota, as they teach at school, but of a stream that rises in western montana with the name jefferson red rock and then becomes the mississippi-missouri in st louis, the number of kilometres upstream is greater on the missouri side, but in fact this “scientific” method is applied only to the large and prestigious rivers, those likely to compete for records of length, the methodological rethinking is not wasted on minor rivers (less than 800km) which continue to be called, and measured, only according to their given name, even if, where there are two source course (with two other given names), the longer of the two could be rightly included in the main course, the current classification reflects this double standard, this follows the laws of water and the laws of men, because that is how the relevant information is given, in short, it reflects the biased game of information rather than the fluid life of water, this classification was began in 1970 and ended in 1973, some data were transcribed from famous publications, numerous data were elaborated from material supplied non-european geographic institution, governments, universities, private research centres, and individual accademics from all over the world, this convergence of documentation constitutes the the substance and the meaning of the work, the innumerable asterisks contained in these thousand record cards pose innumerable doubts and contrast with the rigid classification method, the partialness of the existing information, the linguistic problems associated with their identity, and the irremediably elusive nature of water all mean that this classification, like all those that proceeded it or that will follow, will always be provisional and illusionary

A comment on the opera can be found, for instance, here, at Moma site.
Posted by AboutHydrology at 11:59 PM