On Doing Large-Scale Hydrology with Lions: Realising the Value of Perceptual Models and Knowledge Accumulation A Review.

Since the Authors uploaded it to EarthArXiv making it available as Preprint, My review can be public too. 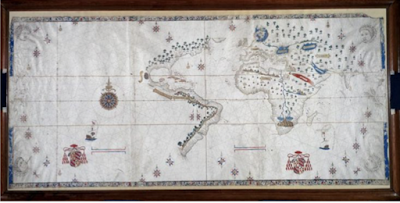 The paper main statement can be formulated by saying that in global hydrology and related science there remain large areas of knowledge which could be easily explored because we have now the data and the tools to do it, but we do not do. There are unexplored geographical regions and substantially the Authors asks for a “everywhere modelling effort” by saying that as in the old maps where it was written “hic sunt leones” there are large areas on Earth whose hydrology is essentially unknown (a known unknown indeed).  They have a point.  The paper's language is good and the writing pleasant but I would prefer a more simpler organization which focuses more on the two or three main statements. A sound knowledge of literature is interesting for the general reader but it is not in my opinion used to focalise the issues. On the contrary there are a lot of paragraph that, reporting the state of art, let with the impression that there is no problem at all. This does not mean that those paragraph, read alone, are not well written, informed, or interesting but they do not serve to goal of highlighting well the issues. You get easily the main ideas but I had difficulties to grasp the whole paper contents, even after many readings. For instance, "the lions" refers to the known-unknown, I cited above, or to an unknown-unknown with regards models' structure and their granularity how the manuscript seems to indicate sometimes ?

I understand that the Authors invoke two main solutions for the issues they rise:

These two directions of work are remarked within two sections, and I would say that without this separation, I would have hard time to obtain this synthesis.

Understanding what a “perceptual model” is,  is  part of making the reader understand the concepts supported by the Authors. What a perceptual model is, however, is not clarified in the paper, and could remain obscure to non-hydrologists.   What is that ? Can they define it more precisely ? Is it a drawing ? Is a set of relations ? Has it a specific mathematical representation ? Overall,  I believe a little more should be said on what a hydrological models at large scale are, without fall into an annoying classification or taxonomy but discussing what these models are or should be. Recently, Frigg et al (2020) tried a general  discussion on scientific models from the point of view of philosophy of science which could help to clarify what these models are.

The domain of the paper is a little slippery. While the title of the paper and the main statements look at the large-scale hydrology, sometimes, the Authors indulge in observations that have to do with a finer granularity of the processes than the one required by this type of modelling. Maybe there is a lack of definition of what “large-scale hydrology” is, especially with respect to the methods, and the granularity of the processes described. The Authors should adopt or try one. Not that it cannot be partially deduced from what it is written in the present manuscript, but this knowledge should not be given for granted in readers who come from other disciplines.

A final comment have to be made on the advancement of science.  The Authors cite Popper and Kuhn but I do not think their topic is in the same domain, which is in my opinion in the area of theories and interpretations of  a theory, but in the application of a given theory (or a set of theories) to the cases to which it is thinkable they could apply. Therefore I would esclude a “Kuhnnian” direction here. Eventually the topic here could be the practice of Popperian theory of falsification. If the repeated application of the models reveals unsatisfactory in fact, it could bring to the necessity of a new theory or a new model.
But I guess this grows too philosophical for me and I do not want to pursue this argument further, I concede I do not have the understanding required to treat it properly.

Therefore, I like very much the issue the paper rises and I think that the topic is of interest for hydrologists and a wider audience. However, I think that the Author should make the effort to reframe and refocus a little bit more their manuscript.

Below some sparse comments on specific statements.

Page 6 - Line 1 “… for new scales of management …” What doest it means ? It seems to me, whatever it means, that it diverts the attention from the fact that “it also contains hydrologic lions" is the point by moving the thinking to the lateral issue of scale of analysis.

Page 8 - Line 5  - I think the main problems with pure data assimilation is that it tends to be erroneously inductive, without any   hypothesis to test. Some phrases that follow in the subsequent pages, seem to support that science advancement is not hypotetical-deductive but inductive.  This is, maybe, a marginal point in the context of the paper, but, because I think it is wrong, I ask the Authors to be more clear on it.

Page 9 - Line 12 - “As Mc Donnell et al. …” - Yes, correct, but: how this statement is coupled with large-scale hydrology ? Does it means a support to the reductionist view that, if we describe well all the hillslope of the world, we have the best large scale-model ? Secondly, it is used to support  inductivism ? Or to deny it ?

Page 9 - Line 44 - “How much can we reduce model uncertainty … “. This phrase conveys the idea that  large scale models should be constrained by some expected large scale behavior. But what does have to do with the hydrologic "lions" ?  I was expecting from the geographical example that these "lions" were referring to unexplored geographical areas, where data or modelling are scanty, not to the general aspect of modelling. Do the Authors mean that we apply our models to large areas but nevertheless we do not know well their validity and foundations (other Lions indeed) ? If it is so, maybe the concept of lions is not so clear too me, and the authors should clarify more its extent.

Page 9 - Line 48 - "Some studies have shown that simpler …” This regards again the “inner Lions” of the large scale hydrological modelling. It is a critique of the way such model are actually done and verified. The Authors suggest (probably with some unexpressed example in mind) a directions to better characterizing those models.  I agree with the single statements, but I do not feel the topic is properly prepared and introduced/discussed in the paper.

Page 9 - Is, to their knowledge, Boorman 1995 the unique paper that deals with conceptualised parameters of a model ?  It was 25 years ago though. Or did I misunderstand what you want to say ?

Page 9 - Line 55 - “It has been widely discussed … “ Frankly, I do not buy this statement. It is not exactly true that complex models, as those, for instance that solve partial differential equation have this degrees of freedom in practice. There are, at least,  two reasons for that: 1 - Models that conserve mass (and BTW energy) usually cannot be stretched to reproduce any measured time series as accurately as one desires (for instance, a model that solves Richards equations cannot reproduce macropores flow with any characterization of the soil parameters); 2 - Even if, in principle, optimization of the parameters of a spatially distributed model can involve arbitrary and different values of the parameters in each site, in practice the calibration is extremely time consuming and usually unfeasible even with a ten of them.  Therefore the possibility to really explore a large set of parameters in high dimension is simply not possible. I’ve tried it several times. If anything, the strength of physically based spatially distributed models is their physics,  the capability to accomodate heterogenous inputs and obtain spatially distributed outputs.

Page 11 - Line 8 - “Supervisors” I would better say “oral communication”, like for instance the one given by Tom Dunne.

Page 12 - line 51 - Among the experiences that merit to be cited in categorizing the hydrological description, at least two should be cited: the CF (https://cfconventions.org/) convention and the Basic Model Interface (now in its second version: https://bmi-spec.readthedocs.io/en/latest/).

Posted by AboutHydrology at 7:04 PM