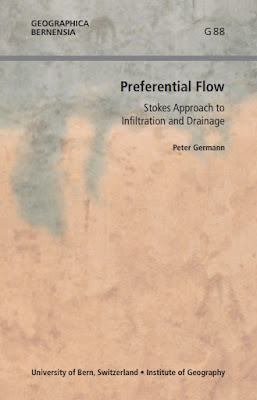 Since 1982 there was a great debate on preferential flow modelling which is not yet concluded. Germann's book is evidently  a contribution from a protagonist of this story and he had the kindness to make it open. I am not sure about the content. Stokesian flows are those that happens when all acceleration is dissipated, so the subtitle is not very informative on the content. More detailed comments will arrive when I will have read it. For now you can get it by clicking on the Figure.
Posted by About Hydrology at 12:22 PM