Wow! There is a lot of literature on dynamical systems. Originally, when i though to dynamical systems I identify them with the non linear dynamical systems which produced chaos (e.g. Strogatz, 1994) or to elegant geometric representations of mechanics (Arnold, 1983, 1989 ). Looking to lumped hydrological models as dynamical systems opened to me new perspectives. The more important one: learning dynamical systems from system dynamics. Said this way, it seems a joke or a tautology. However system dynamics is its own discipline. It can be think to originate from von Bertalanffy but it is conjugate as “System and Control” since Kalman (e.g. Kalman, 1968). Wilems (e.g. Polderman and Wilems, 1998) offers a little different (but interesting) perspective (and a terrible notation). 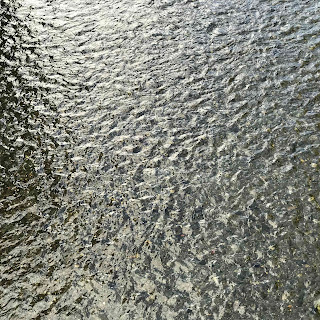 When one think to a systems of ordinary differential equations (ODEs), obviously the thoughts go to their solutions. Does exist a solution for such a system ? Is it unique ? A mantra that we learned since our first courses on calculus. However “System and Controls” steers towards different concepts (e.g. Luenberger, 1979 or Kalilath, 1980 or more mathematically, Sontag, 1998). In fact the concept of control implies to study the conditions under which the ODEs systems solution can be moved to a precise beahvior (Willems, 2007) by actuators, i.e., external inputs (fluxes ?) to the state variables. This condition was easily translated into the determination of the rank of a special matrix, first written by Kalman (e.g. Liu and Barabási, 2016). Other equivalent formulation include the Gramian integral. What exactly means this property said “controllability” ? It means no more that what is intended: that trough a number of external actions you can move the systems to any conceivable state. Let $x_1$ to $x_n$ these variables, then you have to be sure that that all the n-dimensional vector domain can be spanned under the action of actuators, and the Kalman result, just establish the condition under which this is possible. I did not mention however, that the above results are valid for linear systems: a great result but a little poor in scope, since most of the problem we have are nonlinear. Fortunately people piooneered studies on the controllability on non linear systems since the seventies (Heines and Hemes, 1970; Hermann and Kremer, 1977; Cornelius et al, 2013, Isidori, A., 2013).
The application field of controllability had its first application oh hydraulic and mechanical engineering (e.g. Polderman and Wilems, 1998) , but soon moved to other systems. Notably: ecology (Iglesias and Ingals, 2010), brain (Lynn and Basset, 2018) , internet connections ( Liu and Barabási, 2016). There is then hope that those studies also impact hydrological and earth system sciences.
I did not mentioned it but really entangled with the more recents developments of the matter, there is the study of graph theorethic methods applied to the dynamical system (Yamada and Fouls,1990). Barabasi and Liu (Liu and Barabási, 2016) wrote a recent review that practically starts from the illustration of the systems with graph.
Made the note that I believe that Petri Nets are more exppressive than those used by Barabasi, I found the graph methods more easy to grasp and intuitive. Possibly one can also see connections between the results here (in dynamical systems) and some of those in causality theory (Pearl et al., 2016). For instance the theorem regarding the structural controllability of systems described by graphs (see in Lu and Barabási, 2016) recall the theorems on correlations in causality theory. A system which is correlated, read as a causal graph, is not controllable (it seems). A-posteriori, this seems obvious, since correlation, means some type of limitation on the phase space explorability.

Posted by About Hydrology at 6:16 PM