Evapotranspiration and soil water retention curves (SWRC) are intimately related. This was already apparent in the recent works of Dani Or and coworkers. Recently,  caused by studies to support the Master Thesis work by Niccolò Tubini on freezing soil, all these issues came back to my attention. As a result, I did a little of literary review (see below) which covered non traditional journals for a hydrologist, and which, however, is equally well illuminating of the aspects of the drying phenomenon.

Being as simple as possible, what I undeerstood in my readings is that the drying process (e.g. Metzger and Tsotsass, 2010) proceeds in a interplay between evaporation and capillary fluxes. Water evaporate from any meniscus, at different rates which are commanded locally by the Fick’s law of diffusion. The gradient moving water around is the difference between the saturation water vapor content (vapor tension) close to the meniscus and the vapor content already present in air gas. Since vapor tension in larger menisci (as described by Kelvin’s effect) is higher, larger pores evaporate faster than smaller pores. Because, water vapor above smaller menisci is less than over larger menisci, we must have an equilibrating vapor flow from larger pores to smaller pores locations (the same Fick’s law is acting). However, a second, and probably faster,  water transport is happening through the liquid phase. Internal pressures among pores of different size are imbalanced and a laminar fluid flows happens between them. This flow is controlled by the liquid viscosity. If viscosity is low, larger pores replenish smaller pores until they are emptied very fast. If viscosity is high smaller pores are also emptied.  At the extreme cases, low viscosity means (if large pores span the whole control volume) no mean gradient of water content, high  viscosity the formation of an evaporation front.
During process, besides temperature (which control both vapor tension, according to Clausius-Clapeyron relation and water viscosity - wi) what determines the evolution of the drying phenomenon are the topology and the geometry of the pores space, and the amount of liquid water itself.  The latter determines the continuity (or the discontinuity) of the water phase. When continuity of the water phase is broken (I imagine by the effect of heterogenous nucleation of air bubbles under high water tension values) smaller pores cannot be anymore supplied by water from larger pores, and macroscopic evaporation rate decays fast (I was tempted to say exponentially: but this has a quantitative interpretation that could not be true). 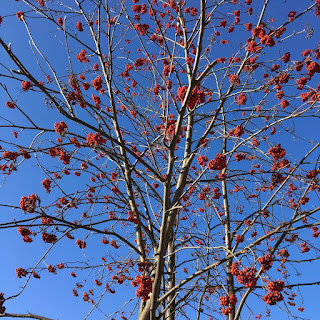 Overall, the outer water vapor content (which previously I called  "the vapor content already present in air gas") is determined by the turbulent transport of vapor. Therefore, the picture is pretty dynamic, heterogeneous, and quite in disequilibrium. The three equation of mass, energy and momentum conservation must be used to account properly for the phenomenon.

The poor hydrologist problem (php) is how to reduce this complexity at the macro (representative elementary volume - REV) scale. It is clear that playing around with all the above factors very different dynamics can be obtained which could appear weird or unlikely to happen. Pores in soil, at the end, do not have all the variety of structures and connection a mathematically oriented (or perverted) mind can image, and therefore, I hope, a macroscopic synthesis is possible.

Some would argue that this synthesis is already present and, being the actual theory that constitutes the core of the modern treatment of the Richards equation (starting from Mualem, 1976). Others remind the series of papers by Whitaker in late seventies. A must read, indeed.
However, I am not sure that this cannot be improved. The point were the latter theories are weaker is the description of the geometry and topology of porous media, which in both cases is simplified.