On failing and getting sick

There is an ongoing discussion in the GSoC mentors of which I am part this years, which regards a student felt depresses, and the way we judge his/her performance. The issue has a broader perspective brought up by Robert C. Helling (GS), which is interesting to annotate. 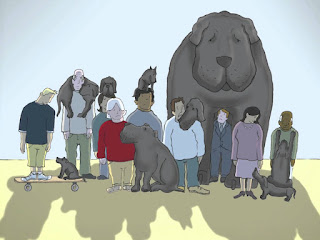 "To put the issue in a broader perspective: In my paid life, I am the scientific coordinator of a graduate program at a major German university. After a few years, I realised there was quite a number of students that have to take breaks from university due to mental health problems (roughly 2 / 100 students / year) and I was worried that somehow this was the fault of our program (for example by putting to much pressure on the students). So I looked into this a but and sought advice from experts in this area.

What I learned was that this is totally normal, it’s a phenomenon that is just not visible as there is a shyness to talk about this as mental health problems are still too much regarded as a personal weakness: Roughly one in three people at some point during their life suffer from a mental health problem that is so severe that it affects their ability to work and/or participate in social life for an extended period of time. And these do not show up at random times but usually a turning points in their life, for example a loved one dies, relationship break-up, you move to a new social environment (e.g. city / country / university) etc etc.

In the cases I met, they were relieved to hear that it is not just their personal problem (often perceived as a failure) but that this is quite common as I just explained. So in conclusion, I don’t think it helps to cover up the existence of these problems and pretend they don’t exist but talk about them openly (of course anonymously)."

On my personal experience, I know too that failing is not so uncommon and can happen, for various reasons, to everybody.  Not only geniuses get sick (not to forget John Nash) even if the debate if  creative and mental disorders are connected support certain evidence that "mads" re also creative. Anyway, I better support the idea, that looked very close, all of us have insane little behaviors, which, paraphrasing  Marcel Proust, " are necessary to make reality more bearable" but the equilibrium is unstable.
Posted by About Hydrology at 3:33 PM