So far I brought to their destination ten Ph.D. students. Which was their path in real life ?
One has a reasonable research carrier. Another one is trying to get into one in Saudi Arabia. Two made their step into the real life of an Engineer. Two founded a company. Two are doing a post-doc, and we will se where they will go. Other two, passed through post-docs, and still have to find their own way.
If I have to judge by my statistics, I can draw some (Bayesian) conclusions:

I always ask myself how much responsibility I have in the worst cases, and, frankly, I do not have an answer.  I will try to do better in future. 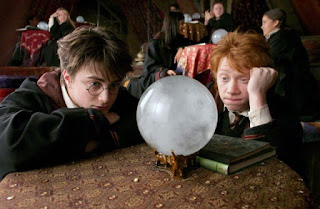 However the problem, as highlighted by this Nature commentary,  seems to be universal, at least in many of the developed countries. Academic positions are shrinking, and, at the same time, Ph.D. students are increasing in number. And, with them, post-docs. Now, we start to see the development of these long term post-docs carriers, without hope, and I ask myself with opposite moods: is this the best we can offer to them, and, why the hell, they do not face reality (that they will not have, in most of the cases, one position) ?
On the other side, I constantly prey for the western governments increasing their investments in research and innovation, as the real, long term, solution for exiting societal and economical crises. So far they did not, and, instead, many do the contrary. Cause and effect of the decline.

Said that, I will still continue to (moderately) enrol Ph.D. students. Ph.D. time can be great. You can see the world, meet outstanding people. Be on the edge. Hope for a better future, and that it is in your hands (and certainly it is too).

Posted by About Hydrology at 3:34 PM

Email ThisBlogThis!Share to TwitterShare to FacebookShare to Pinterest
Labels: Carriers in Hydrology, Ph.D.