To my knowledge, three were, so far the grants given in water related topics by the ERC committes.

The first was assigned to Andrea Rinaldo's in 2008 and was entitled on "Modelling waterborne epidemics. It was the first ERC grant to be assigned to a hydrologist, and the success story can be found at the link above. His research was also told at the opening of our 2014 Doctoral School. 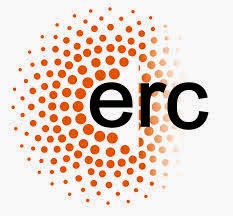 The second one was given to Gunther Bloeschl in 2012, and is entitled: Decipher River Flood Change. Its short description is:
" Major floods around the world have raised questions about the frequency and magnitude of such phenomena. Although changes in climate and land use are known to play a critical role in river floods, how they actually translate into considerable variations in intensity remains unknown "

The third ERC was assigned in 2013 to Doerthe Tetzlaff for a project called veWA:

"VeWa: Vegetation effects on water flow in high-latitude ecosystems” project will examine the impacts of climate change on vegetation-water linkages along a northern climatic gradient, investigating four intensively studied experimental sites in the UK, Canada and Sweden ...  Such a geographically extensive comparison has never been conducted in such environments and will allow the consistency of processes, drivers and climatic impacts to be assessed across a range of spatial scales”

Posted by About Hydrology at 4:26 PM