Thank you to Salvatore Manfreda for having organized this event which I found fruitful and interesting. General Information on the summer School can be found here. What it is reported below are just the sequence of my seminars: actually a five parts seminar given in four hours. 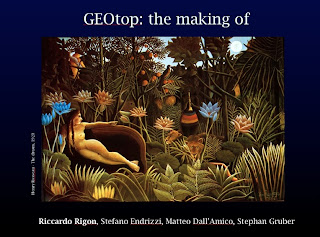 First hour covers the motivation behind GEOtop, and its structure in terms of grids, equations, and boundary conditions. 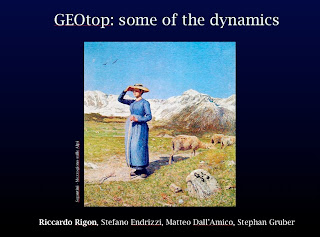 The second hour covers the snow modeling (almost all of it, excluding snow compaction). Its equations and boundary conditions. 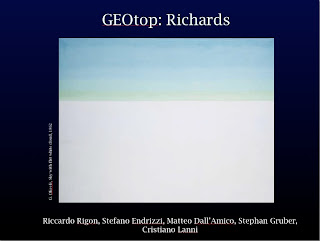 The third and fourth hours cover Richards equation (above), its extension to deal with saturated and freezing soils, and some material regarding landslide modeling with (and without) GEOtop (below). 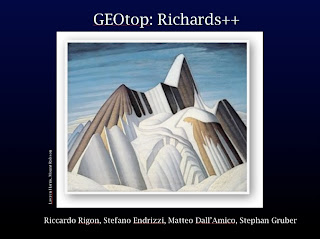 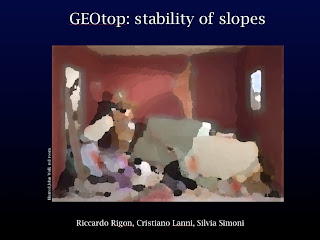 The material is far from being complete. But it is better to have them now, a little broken, than never. The Authors ask people using this material to cite the appropriate GEOtop papers appeared in Journal of Hydrometeorology, Hydrological Processeses, and recently on The Cryosphere. Soon the user manual of GEOtop will be available. Continue to watch the blog !
Posted by AboutHydrology at 12:13 PM