Thinking on Optimal Theories in Hydrology

In Nature we have to deal with forms that we somewhat recognize and distinguish from the rest (Thom, R., 1975). These forms (shapes), as we know since D'Arcy Thomson (1917, see also Ball, 2013), have functionalities that are shaped by some dynamics that we struggle since then (and maybe before) to find and understand. Because forms and functional forms are so ubiquitous we are brought to think that there is some design to produce them (Zanella,  G. Sopra una conchiglia fossile nel mio studio, About a Fossil shell in my room) but this is from the science point of view an error of perspective (Monod, J., 1970) and an undecidable question. K. Lorenz, on the other side warns often that evolution does not produce always functional forms (or behaviours) but let grow also unnecessary “neutral” stuff which is not useful nor a handicap. The discussion can grow very general and philosophical, and pursuing it could be the topic of another post.

We are interested here to grasp the grow of forms and patterns by means of methods that are proper of mathematics, physics and chemistry (on the illuminating example of E. Schroedinger, What is life ?, 1944). It is to be remarked here that to appeal to hard sciences does not mean a priori a reductionist approach, in which the systems are pruned apart and loose their quality. This is especially true for living systems but also for complex Earth science cycles as the hydrological one, and we aim to keep the systems and their dynamics together, emphasizing the interactions that makes forms to emerge at various scales. 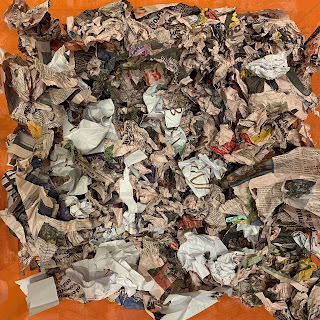 The general but qualitative understanding of the physics and mathematics related to these problems, is that, deprived of its teleology to be investigated elsewhere and eventually, behind forms and patterns there is some “optimality principle” or, stated in other words, that Newtonian mechanics, physics and chemistry of complex systems evolve solutions that require spatio-temporal structures and patterns. The creation of “forms” is extended not only to the immediately appearance that we perceive with our (highly biased by evolution, though) senses, but are minimal or maximal solutions when observed from the point of view of a certain variable. Unfortunately we are not really able to move, based on the present knowledge, from the basic principles to the appropriate laws of structures interactions, just through derivation of statistical law or integration over degrees of freedom.

The theories of optimality assume among the driving forces moving the dynamics of a system in Nature there are some extensive quantities like, for instance, entropy that are pushed to increase. For instance entropy, because,  entropy of a closed thermodynamic system is shown to grow. In fact this is a principle of Equilibrium Thermodynamics. However,  in Non Equilibrium Thermodynamics  it can be derived, at least  for some simple systems, i.e. is not anymore a principle,  (e.g. see the Thermodynamics derivation of evaporation in Monsoon and Baldocchi, 2014).

Moreover, in open systems, entropy of a subsystem can decrease, so in such context it cannot be used to understand the asymptotic state of the system. Fortunately,  the rate of production of entropy could. As a matter of fact, in non-equilibrium, non-autonomous, open systems, asymptotic states could not be so relevant, and instead what matters are “intermediate asymptotics” as pointed out for fluid dynamics by Barenblatt, 1996 and, before Baranblatt, by Ilya Prigogine work on dissipative structures, i.e. structures that are identified because, they represents steady (or at least somewhat persisting) states of a (thermo)dynamic system out of equilibrium.

It can happen, for instance, that intermediate asymptotics are obtained by minimizing energy dissipation, i.e. the quantity of energy that is transformed into heat (or non-usable energy). This is the case of river networks (Rodriguez-Iturbe et al., 1992) and implies that the maximum entropy of the comprehensive system is obtained as slowly as possible, meaning that the available energy is used at its best for producing work.

This behavior seems logically correct for living systems, and seems justified by evolution and selection: the most efficient survives and reproduces (Virgo, 2001) but is intriguing the fact that river networks are not living systems and anyway they obey such a type law.  Therefore it seems implied that some general dynamic law is the origin of all (e.g. Prigogine, 1945). The mathematical problem is all but trivial, and such minimization (or maximization) problems has received recently the attention of the Field prize (e.g. see the work of Alessio Figalli), but, forgive me if I dare to say that is simpler than the physical problem to understand why certain equations that bring to optimisation problems are valid. Anyway, optimisation problems are mathematically obtained by expressing the large scale dynamics of the (river) networks as a functional to be optimised (actually expressed in Rodriguez-Iturbe et al work in discrete form). In optimal channel network (by Rodriguez-Iturbe et al, 1992), this functional is, obtained by using the basic Newton law (in appropriate form) and some additional hypothesis, derived from observations or educated guesses. One would like to obtain it without heuristics but this seems out of our present possibilities notwithstanding the large literature on optimal transportation networks (e.g Barabasi, Network science, 2018). It should be noted, however, that the case of networks is produced by some twofold optimality: a tradeoff between maintaining an optimal transport and optimally maintaining the the structure that conveys optimally the transported.

An epitome of structure analysis is also the Navier-Stokes equation and turbulence. Here we have the formation of structures that dissipate kinetic energy, the vortexes, actually of all dimension from the scale of observation to the dissipation scale.
We recognize these patterns as preferential flow of energy, or, in the case of turbulence as a form of quasi-random disorganization whose structure is particularly evident in the 4/3 Kolmogorov law. In this case, the equation is directly the Newton law (plus Newton’s hypothesis on stresses), so, despite the complexity of the outcomes, the physics is very directly reduced to mathematics which, BTW, in this case is unable to completely solve the problem.

A third piece of the elephant is the water flow in vegetation. It happens to maintain the temperature of the plant system in a range acceptable for plants to comfortably survive subject to weather and climate forcings and at the same time, not secondarily or maybe primarily, fix $CO_2$ to build their structure and carbohydrates trough photosynthesis. So plants need to optimise their fit to varying weathers for maximizing their production. A plant can be decomposed in its main structural parts: root, steams, leaves and their functional counterparts, xylem and phloem (e.g. Stroock et al., 2014), each part can be disassembled back to the singles cells and chloroplasts. But after the reductionist operation, plants overall functioning remain partially elusive and resistant to quantitative treatment if we do not treat plant’s part as a system (with a lot of osmoregulatory subsystems, e.g. Perri et al., 2019) and ecosystems where plants of various species interacts in competition, cooperation and coopetition for light, water, nitrogen, or phosphorus. The structure of plant and ecosystems and their interactions, evidently does not violate basic physical laws, their functioning respect mass and energy conservation, and momentum (of water, for instance) is peculiarly dissipated to obtain the scope of water supply to very high height and very negative pressures (up to -30 MPa). Optimization here involves various aspects, including the scaling of xylem dimensions (e.g. Olson et al., 2014), to obtain optimal sapping performances. Besides, recent work by Hildebrandt et al. (2016) shows evidence of optimal use of water when the energy budget is properly accounted for.
Soils are not a passive medium, first because themselves contain a lot of aggregated microbic biota (so far mainly neglected in hydrological analyses) and secondly because it is the environment where soil-roots interact. Also in soil, even according to more traditional views, there are optimisation processes when, during evaporation, the rate of water uptake is maintained constant up to critical soil water content (stage I evaporation) after which, evaporation strongly decreases (stage II evaporation). This is provided by a series of feedbacks among small and large soil pores, viscous forces and cohesion processes still not well understood (but kind of well described in Lehman et al., 2008).

Hydrology in the critical zone (CZ, the elephant) is therefore overwhelming difficult because it is the compendium of optimisation processes regulated by networks, vegetation, NS equations and water flowing in soil. According to what we focus on, we can isolate various non trivial dynamics. However the challenge is to model their comprehensive interplay for which still we do not have appropriate mathematics, observations and tools.

References
Posted by About Hydrology at 4:02 PM