A week ago I started to read “The book of why: the science of cause and effects" by Judea Pearl. (see also his website). This is part of my search for new mathematics for describing entangled hydrological and ecological processes (see also this post and links therein). It is a dissemination book and not intended to grow too technical. However, it arrives the moment when understanding technicalities becomes part of the full understanding, if you do not want to remain a tourist of the new knowledge and become instead an active user of it. Pearl says he dedicated most of his research life to these problems and, therefore, pretending to fill the gap in few weeks is a nonsense.
I require more time to go deeper but presently I have no time. Therefore let me take some annotations here for making easier future efforts. 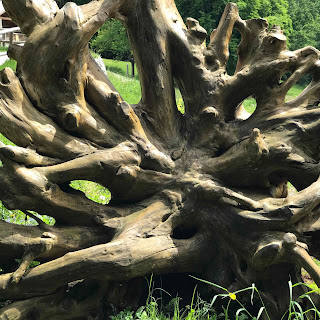 To go to the details, one can go to the more technical book by Pearl himself, Causality. However, it happened I went to browse some chapters of the very good Shalizi's book on statistics. Chapters from the 20th are a reasonable starting point. Shalizi book itself is not fully explicative but a compromise where some theorems are not deminstrated but assumed and make explicit. Nice enough but requiring in any case the appropriate dedication. Shalizi seems to be a voracious reader, and in the bibliography of his chapter 21, he cites some fundamentals work to put in line for a full understanding the topic. His subsequent chapters also enlarge the vision to information theory, and is connections between the science of causal statistics. Cool. While postponing the study and trying to grasp concepts, I fully report the bibliography I came across here below (mostly from Shalizi's).
All of these are also a good reading for those who believe that data science is a practice which springs out from nowhere.

Posted by About Hydrology at 4:32 PM