A look back to go forward with JGrass-NewAGE

Let's give a look to the last two papers to delineate what is missing. They are all about the use of the JGrass-NewAGE system.

The key aspect of the whole treatment of the water budget is the closure strategy based on the Budyko hypothesis. This has been obtained by a suitable adaptation of the previous Adige-Hymod component that has to be futher cleaned: closing the budget in this way should become more easy and "normal”.  Notably, the method implies that we cannot easily account for cc, unless we let TB increase or decrease with time. However, there is no clear way to obtain this sliding TB from cc simulations.
Another aspect that distinguishes Pp is the use of MODIS for assessing the snow cover. That method would require a better definition, and a standardization of procedures which, again, is missing.
A weak point of this procedure is that ET does not depends on soil cover  characteristics. These characteristics have to be introduced appropriately, for instance giving plants' properties, which include foliage and some plants and roots dimensions which  affect water flows.

Other questions  involve the amount of simplification made when considering an HRU as the basic unit, and how a forcing attributed to a single point (inside a HRU) is representative of the variability of the whole area. Esemplificative is the case of the ET response, obtained by a single point or a small group of points inside the HRU and not by processing all the points.
With respect to this, the original (version 0) of JGrass-NewAGE was more farsighted by introducing the  energy index calculator components. This OMS component was set to estimate the ratio of radiation received a single pixel inside the basin in a prescribed amount of time (i.e. a month, a year) with respect to a reference pixels. Then, when working in “real time” this factor was used to estimate (approximately) the radiation of the whole HRU on the basis of the single estimate of the reference point and saving, therefore, a lot of computational time. This type of simplifications should/could be reintroduced back again and used when relevant (for instance in Pp this should have been irrelevant for temperature, since its small variation inside each HRU). 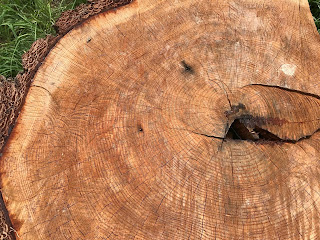 Besides what already said for the Pp that is valid also for BNp, there is to talk, for this paper, about satellite data. All the procedures to obtain those data were performed by using R scripts which are not reproducible and/or not well designed and/or not designed to be available to third parties. To make that research really sparkling, it would be necessary that those scripts and procedures would become real OMS components to be connected with the other ones that constitutesthe core of the paper.

The second point, obviously, is the use of very large HRU that was made: more than 400 square kilometers each on average (not so big, just as large as a square of 20 times 20 km). Therefore the arguments used in Pp, where HRU are of a few kilometers estension, are much more important here: how the sub grid variability of forcings like radiation affects the final results ?
Another aspect not well investigated is how the routing scheme used  affects the results. Clearly in a so large basin, this has to be investigated more thoroughly. Our tools have several routing schemes, including an integrator of a 1d de Saint-Venant equation. Using them could have some importance for the final assessment of our work.

Beyond this, another question arises: can we use those data and those results (in Pp and BNp) as benchmarks for future develpments of our system ? If not, this would be a big wound in our claim to do replicable research.

So, Let's get our sleeves back.
Posted by About Hydrology at 11:22 PM