The width function is said to have been introduced in 1976 by Mike Kirkby (one of his many achievements). If you consider the map of the distances from any point in a basin to the outlet, following the drainage direction, you get the map of distances to outlet, a map easy to obtain from DEMs, as below: 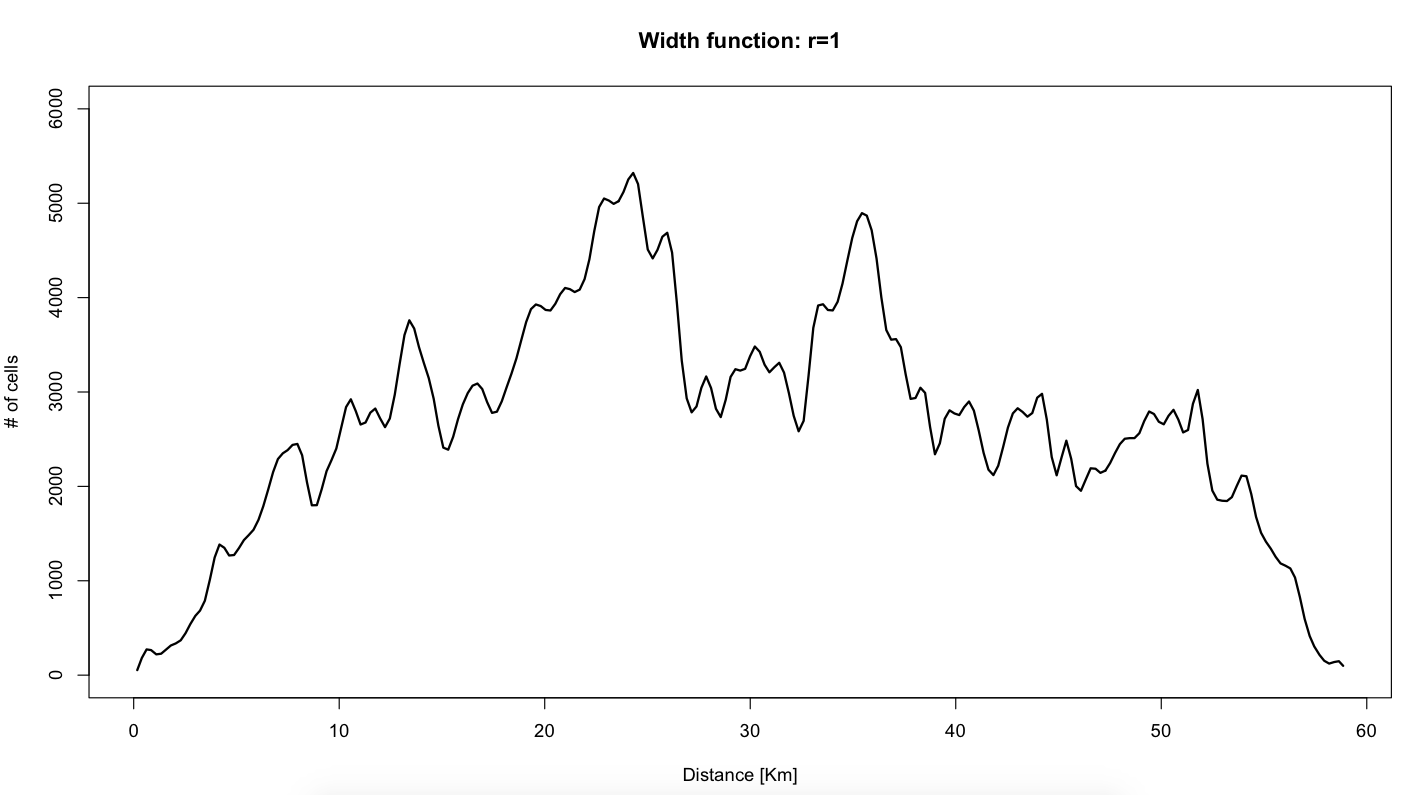 The width function has a quite irregular form, and it has been suggested by Marani, S. et al, 1991 that he can be seen as the product of a multiplicative dissection of the area and having, in particular conditions, the structure of a multifractal (as in the case of the Peano curve) - see also Marani, M. et al., 1994.  Anyway, looking at its parts you have a picture like this ones below. In the first, "strips" of five kilometers are considered: 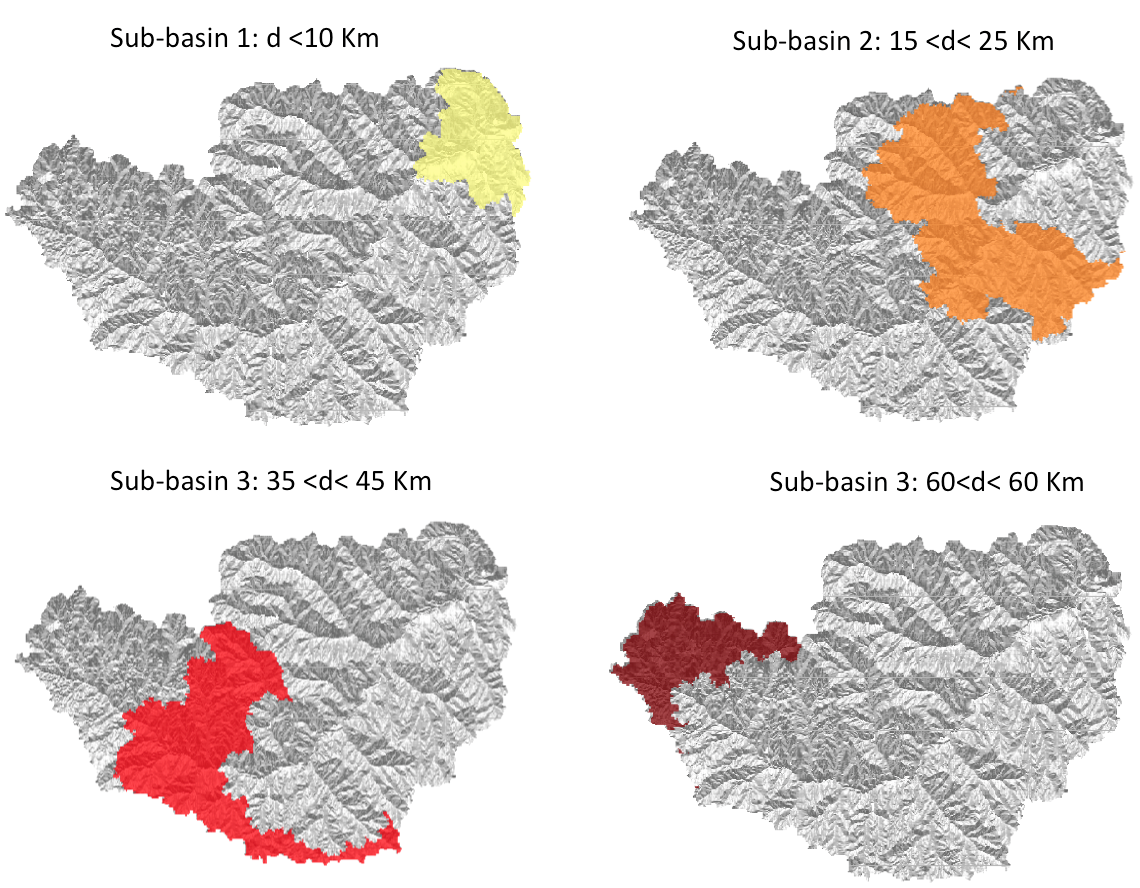 In the second, strips of 2.5 kilometers are considered: 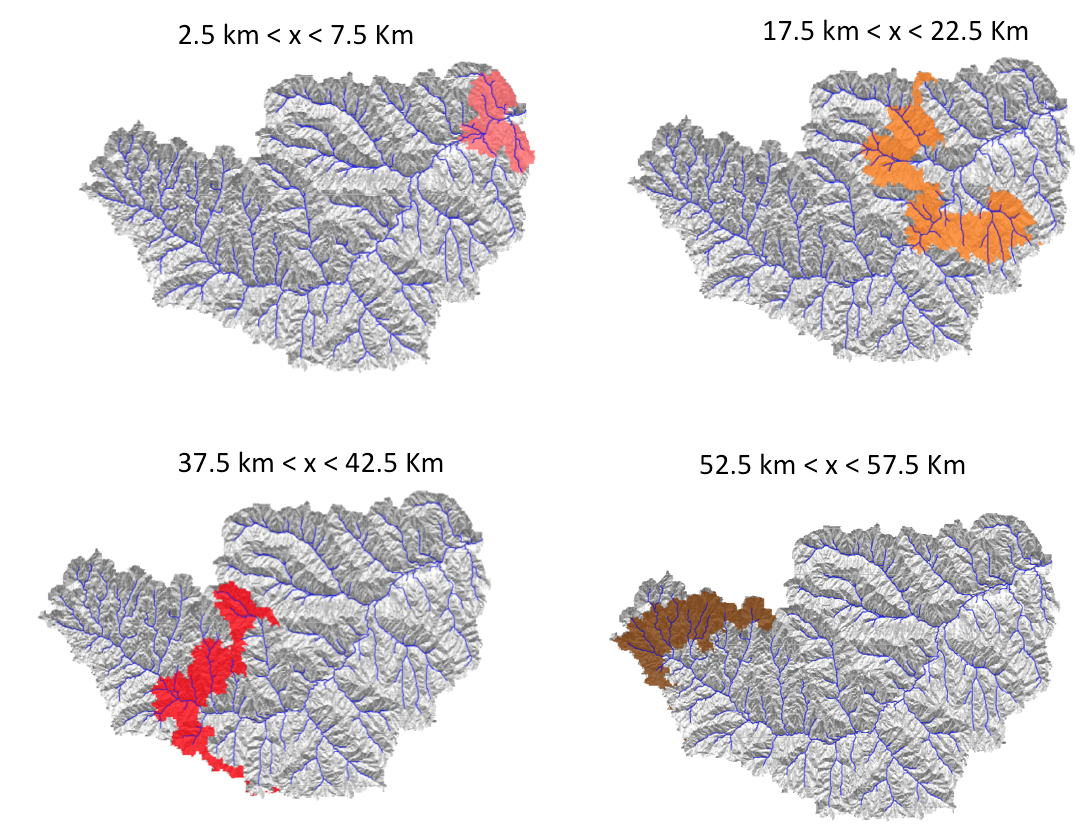 Wow, in the third, strips of one kilometer are eventually considered: 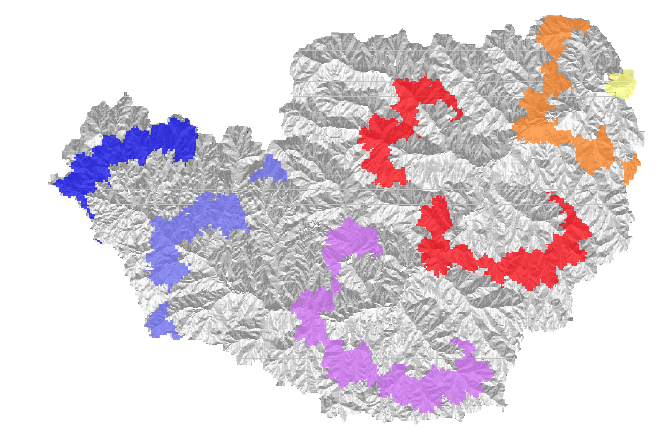 What happens here is that point at the same (kilometric) distance to outlet do not actually constitute continuous strips, and are, in some cases far apart. This is clearly a manifestation of how the river network structure is non trivial. Figures are by Giuseppe Formetta. The basin is the Little Washita in Oklahoma. Reproducing the same pictures is easy with STAGE.

Posted by About Hydrology at 11:44 AM