I have already dedicated some posts and a paper to radiation. Radiation is deemed necessary to drive evapotranspiration and snow models. However, our previous efforts were dedicated mainly to shortwave radiation. Especially Giuseppe Formetta, however, was pushing to have a solid parametrisation also for long wave radiation (a.k.a as infrared radiation). The preliminary results are shown in the talk here given at the iEMSs conference in S.Diego. 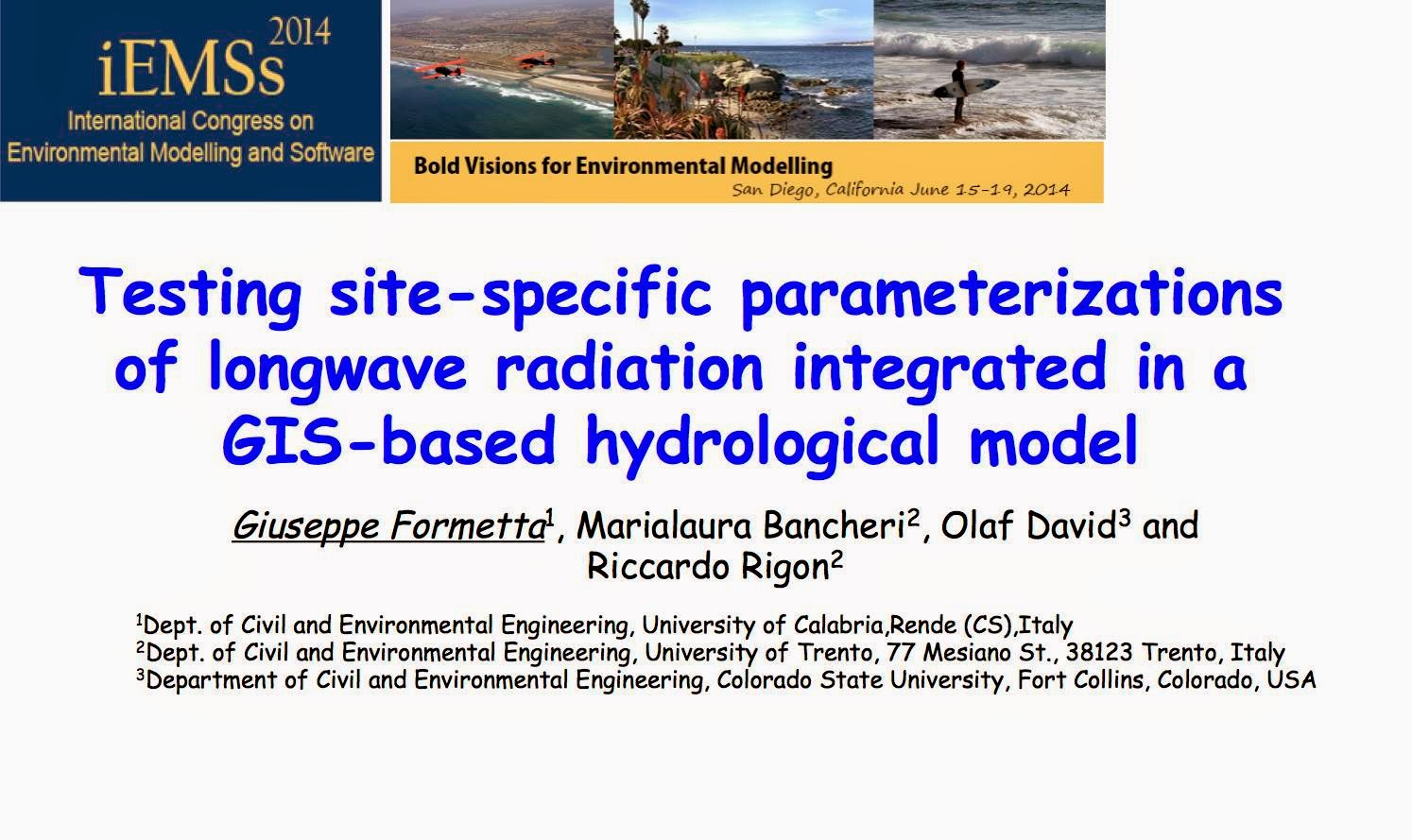 In the talk we used Ameriflux measurements to calibrate a quite long list of parameterisations. No new theory, but testing of theories developed by others, in that kind of agnostic approach suggested by the use of modelling by component, supported by OMS and used in the JGrass-NewAGE system. The same topic in a poster by Marialaura Bancheri, my youngest Ph.D., here.
Posted by About Hydrology at 11:23 AM