I started to realize that a hydrologist has to learn about radiation, since the first moment I put my sight a little beyond rainfall-runoff moedelling, at least fifteen years ago. This was in building the first bricks of GEOtop: the first problem we faced was to avoid give radiation to point in shadows, i.e. calculating shadows. At the time this was not very much documented, even if the papers by Ralph Dubayah, Jeff Dozier, and others were already out since a few years. I started with giving a look to IPW and I tried to understand what and how it works, but eventually I finish to try my own modules.  To summarise some of the topic,  I renovated my slides on slideshare, which now better cover the notation, and can be considered as a preliminary reading before going to the Formetta et al. 2012 paper (see it on GMDD). 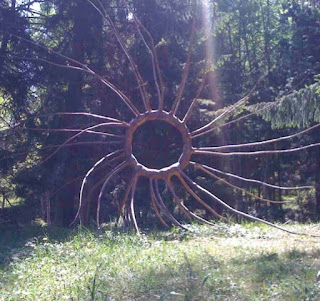 Radiation  treated in the slides mostly regards: geometry (where we finally followed the work of Javier Corripio), shortwave radiation treatment, and longwave radiation.
If, from many points of view working  with a real model of atmospheric absorption would be more exciting, hydrologists use mostly parameterizations, and that is what I mostly summarised in my slides together with a little of astronomical geometry.

Anyway, I found really useful the papers you see listed below.

Posted by About Hydrology at 12:40 PM