This is a paper by Aldo Fiori one one of the most interesting issues in Hydrology, just appeared in Water Resources Research (Fiori, 2012). I already talk on this issue in the blog one year ago or so. Now Aldo comes back with a new paper which I will start to read avidily. 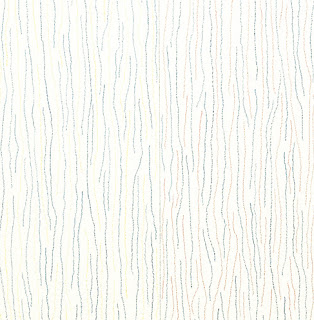 This is an excerpt from his  introduction, with some references:

"The understanding of the main physical processes which rule runoff generation in catchments is limited by the so-called ‘‘old water paradox.’’ The latter states that a (sometimes significant) fraction of the runoff volume after a rainfall event is pre-event, or ‘‘old.’’ Experiments with passive tracers suggest that most of the water contributing to stormflow is pre-event [Neal and Rosier, 1990; Sklash, 1990; McDonnell, 2003; Kirchner, 2003; Botter et al., 2010], with percentages often close to 75% of the total flow [Buttle, 1994]. This experimental evidence, which seems to invalidate most of the existing rainfall-runoff models, have been explained by means of a few mechanisms [Beven, 2002]. Among the latter is the propagation of pressure waves with high celerity [e.g., Beven, 1981], the capillary fringe-ridging hypothesis [see, e.g., Sklash and Farvolden, 1979 ; Gillham, 1984 ; McDonnell, 1990 ; Cloke et al., 2006; Fiori et al., 2007], and transmissivity feedback or macropore flow [McDonnell and Buttle, 1998]. The issue is still a matter of debate [McDonnell et al., 2010], and the principal physical processes controlling the release of old water and the partition between old and new water are still poorly understood. This problem has a crucial impact on several processes of interest in hydrology, for example, the development of meaningful rainfall-runoff models and the analysis of solute transport in catchments, which is often performed in terms of travel time distribution [e.g., McGuire and McDonnell, 2006]. Among the processes which may control the age of water we point here at the ‘‘potentially under-appreciated importance of old ground- water input to streams,’’ and ‘‘we thus need to have a better understanding of where and when old groundwater inputs are important’’ (both statements by McDonnell et al. [2010])."

On the side of pressure wave, I would add the reference to the work by Rasmussen et al., (2000) which refers to an experiment of percolation through saprolite, and the  paper by Torres et al. (1998) where these pressure waves are seen in the field (see also the Commentary by Torres 2002).

Certainly in producing a retardation in travel times concurs also the slowness of flow in unsaturated conditions (e.g. Lanni et al., 2012a,b which apparently talk about shallow landslides, but, in fact, talk also about hillslopes' residence time) but still they do not explain enough of the very large age of water in streams.

However,  measuring travel times and interpreting them is not all that easy (e.g. Rinaldo et al. 2011, with an important reference to Niemi, 1977), and maybe some measurements should be rethought.

In any case, again a lot of stuff to read.